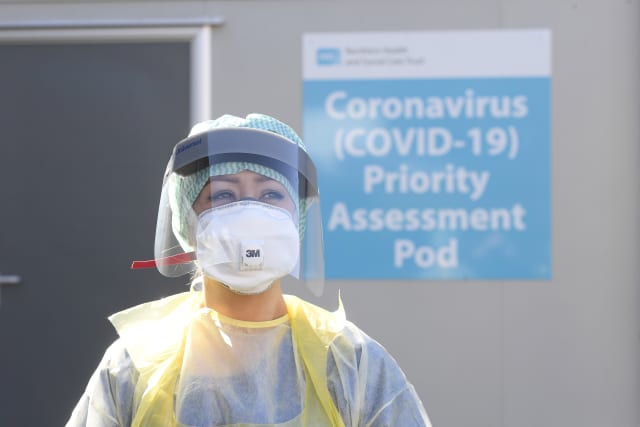 The NHS is getting through tens of millions of masks a week, procurement officials have said as they revealed the “staggering” amount of personal protective equipment (PPE) needed for frontline workers.

In Wales alone, which accounts for around 5% of the NHS, health workers are using almost three million medical masks a week, one expert told the PA news agency.

Extrapolated, this means that the NHS as a whole needs close to 60 million masks per week for frontline workers.

Focus has been put on an RAF plane carrying a consignment of PPE, which landed at Brize Norton in the early hours of Wednesday morning.

But experts have suggested these gowns could be used within days as they warned that the shortage of gowns in the country is “critically low”.

Chris Hopson, chief executive of NHS Providers, which represents NHS trusts, said trusts are currently getting through around 80,000 gowns a day, but had previously got through up to 150,000 when at full tilt.

And in an interview with PA, Mark Roscrow, chairman of the Health Care Supply Association, said: “If you assume that Wales is about 5% of the total NHS in terms of size generally, the Type II R masks, we are using close to three million a week.

“If you do the sums and multiply that up, it will give you a feel for the magnitude of demand that we’re looking for.

“That’s in one area, that’s similar in terms of gloves and gowns etc.

“It is an unprecedented demand that we’re trying to source here in a market where other parts of the world are trying to do the same thing.”

Earlier on Wednesday, Mr Roscrow was probed about the hospital trust using 72,000 pieces of PPE a day.

“I think your correspondent just now referenced the volume that an individual hospital was burning through – if you multiply that across the whole of the NHS, the numbers are absolutely staggering.”

Downing Street said that more than 23.6 million items of PPE were delivered to 198 NHS trusts on Tuesday.

The RAF could make further flights to collect PPE from overseas, Number 10 indicated.

“If there was more PPE to be collected and delivered from anywhere in the world, then if the RAF could help then they will do so,” a spokesman said.

It comes after Dominic Raab faced a grilling on PPE in his Prime Minister’s Questions clash with Sir Keir Starmer.

Foreign Secretary Mr Raab – deputising for Boris Johnson as the Prime Minister continued his recovery from Covid-19 – told the Labour leader: “Since the start of the outbreak, we’ve delivered one billion items of personal protective equipment and tens of millions have been distributed via the devolved administrations.”

Some British manufacturers said their offers to help supply PPE have fallen on deaf ears and claim they have been “ignored” by officials.

But Mr Raab said 8,000 businesses have offered PPE “and every business receives a response”.

Meanwhile, care homes have said they are “fighting” to get PPE for staff.

Joyce Pinfield, who is on the board of directors of the National Care Association, told PA that care homes have been “left in the lurch” and are having to source equipment from various organisations “hoping that they are bona fide providers of PPE”.

“We’re all fighting to obtain our own PPE,” she said.

“It’s been really left open to anybody who can import it or produce it emailing care providers and then they seem to be able to charge what they like.

“Just for basic surgical masks, we used to be paying something like 9p each plus VAT, at the moment it can range up to £2.20 per mask.”

Government spending on coronavirus policies revised up to £132.5bn – OBR