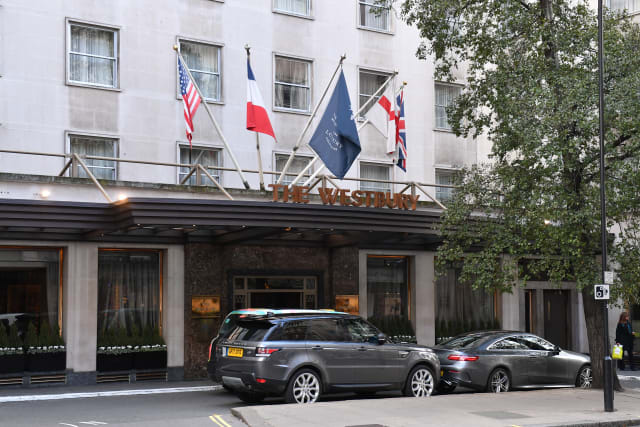 The chain initially wrote to the workers on April 8 saying they were “yet to determine” whether they would furlough staff citing “significant cash flow issues”, according to Unite.

But on Wednesday, the company said casual staff who worked across its 60 UK hotels during the eight-week period prior to the lockdown will now be placed on the scheme, which covers 80% of wages up to £2,500 a month per worker.

Unite industrial organiser Bryan Simpson said: “As the world’s biggest and richest hotel group, it was inconceivably unfair for Marriott to discriminate between permanent and casual staff in this way and then to claim that it didn’t have the money to furlough some of their poorest and most precarious workers, particularly when 80% would be covered by the taxpayer.”

He also called on the chain to top up the remaining 20%, including missing service charges, and provide full sick pay for those in self-isolation.

Marriott International said in a statement the payments will “be effective from the date of hotel closure for all casuals that have an active contract. This date will vary depending on when each hotel formally closed”.

It added that the decision was something Marriott had been working on “for a number of weeks”.

“In our communication with our casual workers the week of April 6, we stated that Marriott was yet to determine its position regarding furloughing over 1500 casual workers, as we needed to evaluate all of the data for each hotel that uses casual staff,” the statement read.

“To date, approximately 500 of our casual workers in the UK have already been asked for agreement to be furloughed under this scheme and the remaining casual workers will receive letters in the coming days.”

Hotel chains have been hit particularly hard by the outbreak, with a lockdown in place and no sign of business picking up in the current climate.

But Unite officer with national responsibility for the hospitality sector Dave Turnbull said hotels should use the lockdown as an opportunity to address shortcomings for workers on zero hours contracts.

He said: “The situation of these Marriott workers highlights the unnecessary and exploitative nature of zero hour contracts and casualised work.

“Many of our members worked regular hours for many years and legitimately had the right to permanent contracts. Once lockdown is lifted we will be demanding a new deal for hospitality workers which will include an end to the ‘zero hours’ culture.”