Man plans to run London Marathon around his living room 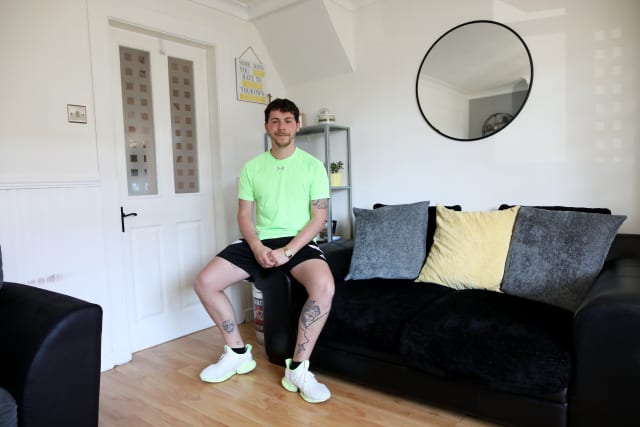 A Co Down man is aiming to run the London Marathon around his living room.

Col Bignell had been looking forward to travelling to the capital this weekend for the world famous run, but with the event postponed to October, Mr Bignell decided to run in his living room, which will involved going back and forth thousands of times.

The 26-year-old, originally from London, dared his Facebook friends to give him the push to do it by giving his post 260 likes.

He said he intends to raise money for the health service with the 26.2-mile run.

“I just thought I’d give something a bit different a go,” he told the PA news agency.

“I’ve marked out the space and it’s around 12 foot, so I’ve worked out it’ll probably take me about 7,000 back and forth, which is quite a lot.

“But I’ve seen Tom Moore and the lady who did the stairs and thought, if they can do it, why not do something myself.”

Retail worker Mr Bignell said he wanted to mark the day he had been due to run his first marathon.

“It’ll be my first marathon but I do a lot of running, and I’ve been running every day since the pandemic for my one hour of exercise that I’m allowed. I’ve done half marathons but never a full marathon,” he said.

“The London Marathon is still going ahead in October, but I thought it would be nice to have something on that day to mark the day I would have done it.

“The new date is two days after my wedding, hopefully it all still goes ahead. My fiancee thinks I’m crazy.”

Mr Bignell said he is aiming to raise £260.20 for the NHS with the length of the marathon being 26.2 miles, and has already raised £140 towards that goal.

“Any more would be great but that is the minimum I am hoping to raise,” he said.