IFA technology show plans to go ahead despite coronavirus outbreak 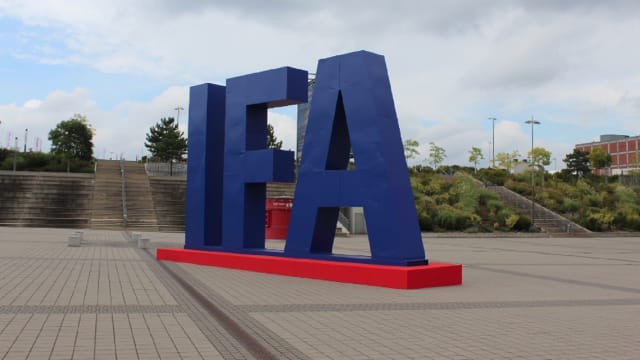 Organisers of the IFA technology trade show are planning to go ahead with the event this year, despite a ban in its host city on large gatherings until late October because of the coronavirus outbreak.

The annual electronics convention announced it was planning an “innovative new concept” for the show, which traditionally takes place in early September.

The show regularly attracts around 200,000 visitors, but authorities in Berlin have banned all events with more than 5,000 participants until October 24.

It is often the venue for a number of major gadget and technology announcements, including new devices from the likes of Samsung, Huawei, LG, Nokia and Sony.

Organisers have not confirmed how they plan to run the event in a manner which would comply with Berlin’s rules around social gatherings.

IFA has said while it “will not be able to go ahead as usual”, plans are being put in place to ensure a version of the event will still happen.

“IFA Berlin is set to go ahead in 2020, but with an innovative new concept, following the decision by the Berlin government to ban all events with more than 5,000 participants until 24 October 2020,” organisers said in a statement published on Twitter.

“As a result, IFA Berlin, the world’s most significant trade show for consumer electronics and home appliances, will not be able to go ahead as usual.

“The organisers of #IFA, gfu and Messe Berlin, anticipated this development and for several weeks now have been discussing a range of alternative concepts.

“Planning is well advanced for a concept that will allow IFA to deliver on its core functions for our industry as a global showcase for technology innovation and an important meeting place for brands, manufacturers, retailers and media.

“gfu and Messe Berlin will present the details of its updated concept for IFA 2020 in the near future.”

A number of other high-profile technology conventions, including Mobile World Congress (MWC) in Barcelona and the E3 gaming show in Los Angeles have already been cancelled this year because of the Covid-19 pandemic.

High-profile developer conferences run by the likes of Apple, Facebook and Google, due to take place in May and June, have also seen the cancellation of in-person elements and will run online meetings instead.