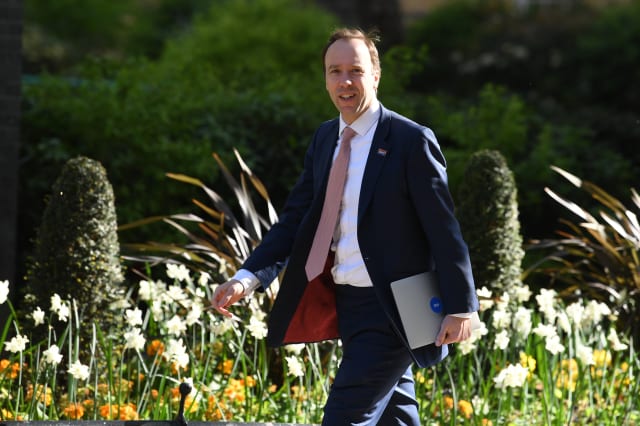 A group of doctors have expressed their concern over the Government’s rules on self-isolation in a letter to the Health Secretary.

In the letter seen by the PA news agency, 25 doctors and public health experts asked to see the evidence on which the Government has based its self-isolation guidance.

The experts, based at more than 10 different institutions, said they were concerned about the difference between UK and World Health Organisation (WHO) guidance on how long people should remain isolated after the end of symptoms.

Allyson Pollock, professor of public health at Newcastle University and author of the letter, told PA: “We have written to Matt Hancock to ask him to explain why the guidance NHS England and Public Health England and the Government is putting out is at odds with the WHO guidance on return to work.

“There are two big problems the Government is making: the first is to treat this as a huge national epidemic rather than hundreds and thousands of outbreaks which need to be tackled locally.

“It also appears to be oblivious to the classical tools of public health including contact tracing.”

Government guidance says those who live alone and have possible symptoms must stay at home and avoid all contact with others for seven days.

People can end the isolation after a week if they feel well and do not have a fever.

For those living with others, the guidance states if one person develops symptoms all other household members must self-isolate for 14 days.

In WHO guidance released on March 17, the international health body advised that confirmed Covid-19 patients should either have two negative tests or wait 14 days before leaving isolation.

The experts quoted this guidance in the letter, and asked if wider testing was possible, stressing its importance in preventing further lockdowns.

They added that the available research suggests a risk of infection remains for between 10 and 24 days after the start of symptoms.

Dr Nisreen Alwan, associate professor in public health at the University of Southampton, was one of the doctors to sign the letter.

She told PA: “The evidence is not crystal clear yet on the ideal period of isolation.

“It is possible that even 14 days is not enough duration as the virus has been detected in patient samples for more than a month from onset of symptoms in some cases. We need to have more data to ascertain this.”

The medics also raised concerns about the narrow range of symptoms used to allow for the end of self-isolation, when Covid-19 can include a wider range.

The letter adds: “We are also concerned about the narrow spectrum of symptoms the UK is using as an indication for self-isolation.

“We are aware that other countries are using a broader range of symptoms for self-isolation.”

The Department of Health has been contacted for comment.