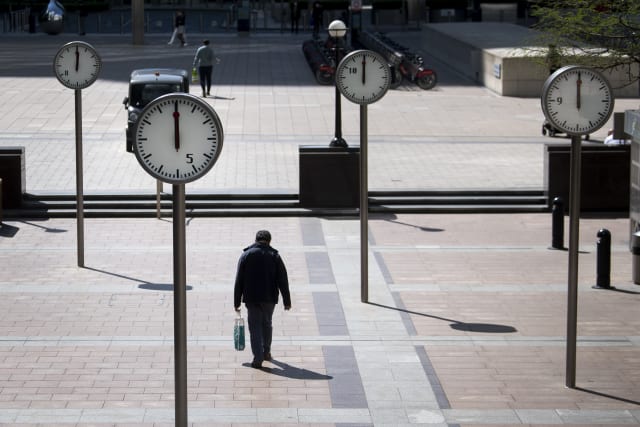 A coronavirus vaccine that gives the world protection for 12 months or two years would be a “massive breakthrough”, experts have said.

Dr Jeremy Farrar, director of the research charity Wellcome Trust, said such a vaccine would buy the world “critical time”.

Dr Charlie Weller, head of vaccines at the charity, said the two stages of vaccine development involved knowing whether there was a candidate that had gone through the clinical trials and shown safety and efficacy.

And then being able to scale up its manufacturing for global use.

“Towards the end of this year we may, if everything goes to plan, we may know whether we have a vaccine candidate that can then move on to the next step,” she said.

Dr Farrar added: “We are 120 days into a novel infection and its an RNA virus so it will change.

“I think the statements in some of the reports have been exaggerated as to the extent of the change, we don’t see changes in the proteins that make what will drive a vaccine development or an immune response.

“So whether this goes like flu and we need multiple vaccines every few years, we don’t know yet.

He added: “And we think that’s maybe what happens in the first generation of vaccines, maybe that’s where we land, but that would buy us critical time with the world better protected than we are today.

“That would be success, as we see it at the moment.”

Speaking during a telephone conference, Dr Weller said a Covid-19 vaccine candidate could be available towards the end of this year, but that it would likely be the result of countries working together.

When discussing how any vaccine could be produced on a large scale, she explained it would not be possible to re-purpose existing manufacturing sites that are currently being used for routine vaccination.

“That would just cause a gap in routine immunisation and you would see outbreaks of measles and other diseases coming up in years to come so we need to maintain those current facilities,” said Dr Weller.

Wellcome says at least eight billion dollars (£6.4 billion) worth of investment is needed for the world vaccination programme.

Dr Farrar also said it was “critically important” to find out the exact origins of the virus.

He said: “I believe this is now an endemic human infection that will continue to circulate in human populations for many many years to come, if not permanently.

“Where it started is critical to understand because if you look back over the last 50 years and you ask where did all these emerging infections come from, I think without exception they all originated in the animal sector.”

He said it was important to understand that animal-human interface, as well as what stops viruses from jumping across species.

“Wet markets, changing ecology, climate change, urbanisation – these are all the societal factors that drive those biological leaps from the animal sector into humans.

“We have to understand all of that if we are going to put in place rational and logical interventions if we are to stop this happening in future.”

He added that the events are increasing in scale and complexity as a result of the human-animal interface changing, environment and climate change and the way we live as humans in dense cities.

“So understanding those biological and social drivers will be crucial if we are going to prevent this in future to put in place logical things that would allow that to happen,” Dr Farrar concluded.