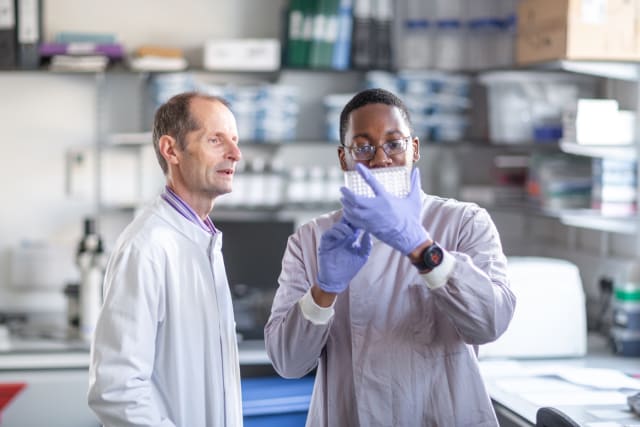 A coronavirus vaccine may be available for front-line workers and the most vulnerable by late winter, an expert has said.

Professor Robin Shattock from Imperial College’s Department of Infectious Disease, said if a vaccine candidate is shown to be safe and effective, it might be ready before the end of the year.

But it could be 2021 until it is available on a global scale.

Prof Shattock added that he is “pretty certain” a Covid-19 vaccine will come to fruition, given the number of different approaches scientists are employing.

He was speaking after the Government pledged £22.5 million to support clinical trials being carried out at Imperial.

Prof Shattock told the PA news agency: “If you look at the UK alone, and the fact that we have two vaccines that are progressing quite aggressively – ours and the one at Oxford.

“If they showed the right signal in terms of safety and efficacy, it’s possible that they might start to be used late in the winter, even before they get a marketing authorisation, to be able to protect the vulnerable and front-line workers.

“In terms of it becoming a product that’s marketed, that is unlikely to happen until into next year.

“And as a global solution, I think because you then are talking about making billions of doses, we’re not going to see that until way into next year.”

He explained a marketing licence would require a very high level of evidence and a large database.

But if there is enough evidence to say a vaccine is safe and worth introducing to prevent infections, something could be put out earlier – before the high level evidence required for a marketing licence.

Prof Shattock said there is a lot of excitement among his team, but also a degree of pressure to develop a vaccine quickly because of the demand for one.

He told PA: “There’s a degree of tension because there’s no guarantee that these vaccines will work.

“While we think there’s a good chance, there’s still many things can can go wrong in terms of, it doesn’t work, or there are unwanted side effects that could hold us back, and that’s true of all the vaccine approaches that are being developed.

“The kind of encouraging thing is because there are so many different approaches, we’re pretty certain that several of them will come to fruition.”

Prof Shattock’s team had been working on the vaccine approach before Covid-19 appeared, and the approach is based on using genetic sequence as the backbone for the vaccine.

He said: “And so we were kind of developing it as almost a plug and play system, where you can insert any vaccine candidates into the platform.

“We really were working on that for Disease X – unknown viruses, and so we were well positioned when this outbreak occurred to actually try the technology for real.”

When injected, the Imperial vaccine will deliver the genetic instructions to muscle cells to make the spike protein on the surface of the SARS-CoV-2 virus.

This should provoke an immune response and create immunity to the virus.

Clinical trials in humans are expected to begin in June and the team will look to recruit healthy adults to test the vaccine.

By October the team hopes to ramp up to a large scale efficacy trial, which would involve up to 5,000 subjects to see if the vaccine works in the wider community.

Prof Shattock said the Government funding would allow his team to accelerate its efforts, rather than applying for funds in a piecemeal fashion.

On Tuesday, additional funding was also announced for the University of Oxford, where the team is being led by Professor Sarah Gilbert.

That vaccine candidate will begin human trials on Thursday, and the team hopes to have at least a million doses ready in September.

The study involving up to 510 healthy volunteers between 18 and 55 is to get under way in Oxford and Southampton, with three further sites likely to be added.

The UK will join only the US – with two studies – and China, in beginning human trials.