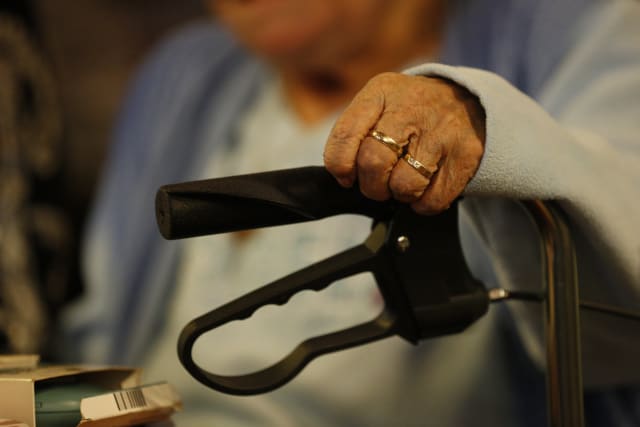 England’s chief medical officer has admitted there is likely to be a “high mortality rate” in care homes during the coronavirus crisis.

Professor Chris Whitty said current figures, which suggest over 1,000 people have died in care homes after contracting Covid-19, were likely to be an “underestimate” because those living in them were in a vulnerable group.

It comes after the Government and Care Quality Commission (CQC) said on Wednesday that deaths in England’s care homes during a five-day period could be double the total figure already reported.

Prof Whitty told reporters that the 826 deaths reported in England and Wales by the Office for National Statistics (ONS) in the week ending April 10 were “an underestimate”.

These latest figures bring the total number of Covid-19 care home deaths since the start of the outbreak to 1,043.

“The numbers that have been ascribed to Covid directly in ONS statistics are still relatively modest,” Prof Whitty said.

“But I have said repeatedly in data, the fact that the ONS said in their last weekly report, 826 deaths, every one of them a tragedy, but I think that will be an underestimate.”

Prof Whitty said it was important to look at all deaths in care homes in data for a “true picture”, taking into account direct deaths caused by the virus as well as indirect deaths.

He added: “When we look back over this epidemic, and I want to be really clear, we are not anywhere near being able to say, ‘right, that’s done, we can look back’.

“When we are at that stage, I am sure we will see a high mortality rate sadly in care homes, because this is a very, very vulnerable group.

“And people are coming in and out of care homes and that cannot, to some extent, be prevented.”

In a statement with the CQC on Wednesday, the Government said it anticipated that deaths related to Covid-19 between April 11 and 15 in England’s care homes could be double those reported in the week up to April 10.

The Department of Health also feared a “significant rise” in deaths not related to Covid-19 among residents.

Although official figures show there were 975 coronavirus deaths in care homes in England by April 10, one care boss says his group alone has suffered hundreds of deaths.

Suspected cases have been recorded in 60% of its residences, and 1,400 staff – representing around 11% of the total workforce – were in isolation.

Mr Richardson told the PA news agency: “We’re not operating in a different biosphere to the rest of the UK care sector.

“I know that our figures are very comparable with some of the other big providers because I speak to them.”

Mr Richardson said his care homes represent around 1% of total care home space in the UK and that Government figures on the issue have been “materially understated”.

He added: “Once you finally decide you have to change your methodology, the data, and the way that you report, you’re now looking to close a gap that has grown significantly.

“When they do finally catch up, we’re going to see what I think is going to be stark. It will be dramatic.”