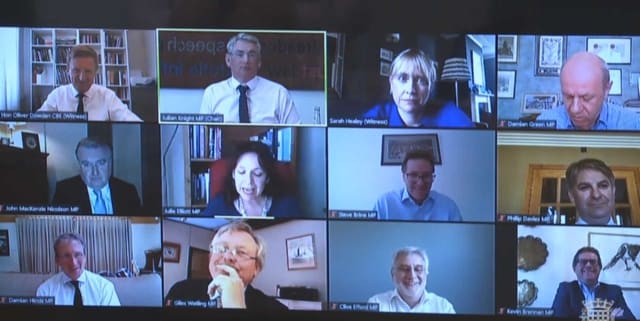 The Cabinet Office is rebutting around 70 false narratives about coronavirus every week, the Culture Secretary has said.

Oliver Dowden told the Digital, Culture, Media and Sport (DCMS) Committee in a virtual meeting that its disinformation unit was co-ordinating with other government departments to tackle fake news about the virus, including No 10 and the Home Office.

It comes amid concern about a number of false claims around the virus, most recently conspiracy theories linking it to 5G.

Mr Dowden praised social media companies for “how they have stepped up to the plate” but said the DCMS had spoken to them about how they could “beef up” their systems, as well as addressing the speed of action and working out of hours.

“The biggest thing that struck me is just the need for speed of response,” he said.

“If misinformation is out there, you know it’s a bit of a cliche, but it can be round the world in moments, so the need to not sort of say, ‘we’ll look into this and come back to it’ … we need fast action to nip this kind of stuff in the bud.”

When asked about the motivation of people propagating misinformation, Mr Dowden said it was a mix.

“I think there are some people that genuinely think, mistakenly, that gargling hot water or whatever the latest thing is, may help address Covid,” the MP for Hertsmere explained.

“Now clearly we don’t want people to be taking that seriously because it risks them not taking appropriate actions but that sort of thing can gain traction.

“There’s always sort of malignant forces, people just trying to sow confusion, disinformation, just on an individualised basis, and of course there are other malign actors.”

When asked about Australian plans to force Google and Facebook to pay for news content, the Culture Secretary said he was “aware in outline of the Australian scheme” and that it was something he was looking into “to understand the applicability potentially here”.

Among the range of topics covered, Mr Dowden was also asked by MP Julie Elliott about failures in faster broadband, only for her connection to be interrupted.

“The irony,” one MP could be heard saying.