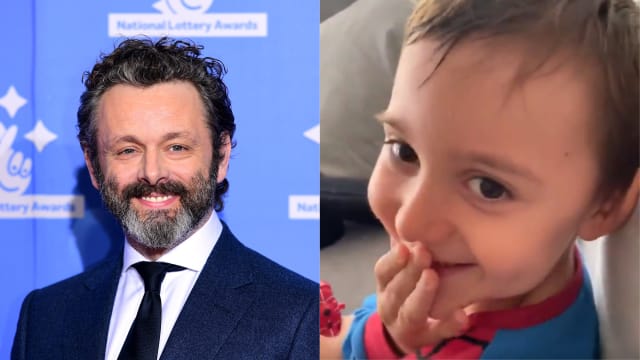 Chris Tarrant’s daughter praised Michael Sheen’s performance in ITV’s Quiz after her son could not tell the difference between the two.

Four-year-old Haris Ali Khan was filmed by his mother Fia Tarrant saying “it’s grandpa” at Michael Sheen, who plays Tarrant on the series.

Speaking to the PA news agency, Ms Tarrant said Sheen was “bloody good” in the role.

“Monster has never seen his grandpa on TV before so I thought I’d see what his reaction would be seeing Michael Sheen,” Ms Tarrant wrote as she tweeted the video.

The three-part series documents the cheating scandal from 2001 involving Charles Ingram, dubbed the Coughing Major, and his wife Diana.

Sheen replied to the video himself, saying that Haris’s confusion was the “best review I’ve ever had”.

Ms Tarrant, a Heart Radio presenter, told PA: “I showed him (Haris) a clip of dad on YouTube and said ‘that’s grandpa, not that man!’ He didn’t get it at all!

“It’s so pure, they just say what they think, also Michael Sheen is bloody good.”

“We were flicking through what to watch and I thought I just want to see what he thinks.”

Although the only prosthetic used in the makeover was a small mole on Sheen’s chin, the actor’s eyebrows were bleached and a wig was used for the role.