What changes have MPs and peers made to work through the coronavirus lockdown? 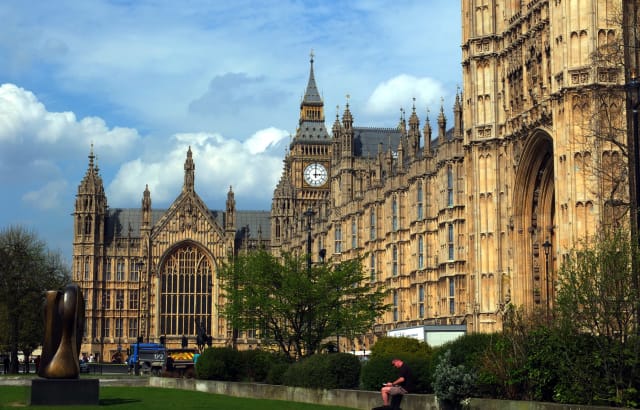 The House of Commons and House of Lords reconvened on Tuesday after the Easter recess, but how will they function given the coronavirus outbreak?

– What happened on the first day back in the Commons?

MPs agreed the motion to enable the so-called “hybrid parliament”, allowing MPs to contribute to proceedings in the chamber and remotely via online video calling website Zoom.

This motion was decided in the chamber, with no virtual input required on day one.

Experts from the National Cyber Security Centre have advised that the use of Zoom will be appropriate for Parliament as long as the application’s use is carefully managed.

A maximum of 50 MPs were allowed in the chamber, with tape and signs outlining where they could sit to comply with rules on remaining two metres from each other.

Commons Leader Jacob Rees-Mogg made a business statement outlining the schedule for MPs in the coming days, with the House adjourning shortly after.

– What happened in the Lords?

The House of Lords started at 1pm with the introduction of two new peers, with such proceedings required to be done in person.

A total of 14 peers gathered in the chamber for the first time since the Easter recess as they agreed to hold most of their sittings virtually over the internet to take account of the coronavirus crisis.

Similar to the arrangement in the Commons, social distancing spaces were marked out on the red benches and the floor to keep those present apart from each other.

The change in procedure was given cross-party backing without a vote, allowing questions to ministers to be dealt with remotely.

The Lords were due to consider legislation in the chamber connected to Windrush compensation, broadcast through the usual Parliament channels but with peers encouraged to attend only if necessary.

– Why has there been controversy over the Lords’ Covid-19 set-up?

There have been two points of contention, one with transparency and the other over expenses.

According to a report in The Telegraph, peers have been “agitating” over whether they will receive their £323 daily payment for their virtual participation, even though they do not physically have to attend the second chamber.

Peers do not get paid a salary but instead can claim expenses for each day they attend Westminster.

It is unclear whether they will be able to claim for taking part in online sessions.

Meanwhile, the Electoral Reform Society has hit out at the failure to allow the public to watch proceedings under the new arrangements.

Unlike in the Commons, the virtual sessions in the Lords will not be broadcast online but a stream is expected, via Microsoft Teams technology, to be available in a room on the parliamentary estate for journalists to watch.

The society’s chief executive Darren Hughes said: “It’s vital for democracy not to simply be done, but be seen to be done. The Lords authorities must get to grips with this rapidly.”

– How about the rest of the week?

The Commons will sit from 11.30am on Wednesday and begin with Wales Questions before Prime Minister’s Questions. Urgent questions and ministerial statements will also be possible.

Up to 120 MPs will be able to ask questions over Zoom, with proceedings involving virtual input expected to run for around two hours, at the discretion of the Speaker.

MPs will be queued to ask a question – whether they are in the chamber or contributing remotely – so they will not need to stand up and sit down, known as bobbing, to catch the Speaker’s eye.

The Lords will again have a mix of proceedings online and in person.

– How will the working week change for MPs and peers?

The Commons is expected to sit on Mondays, Tuesdays and Wednesdays – with Thursdays dropped for the time being, and no Friday sittings for private members’ bills.

The Lords is expected to meet on Tuesdays, Wednesdays and Thursdays, with Monday sittings dropped and the same approach as the Commons for Fridays.

– What type of business will be conducted remotely?

MPs will be able to take part in departmental questions, urgent questions and statements over Zoom and in person, with additional television screens in the chamber to show them as they take part.

Legislation will be conducted in the chamber with no virtual input, but work is ongoing to allow this to happen.

In the Lords, virtual and physical proceedings will be separate and will take place sequentially. It will not be a combination of the two in the early stages but further work is ongoing.

The initial cost of developing the online capabilities for the Commons amounts to £148,793 and the running costs for maintaining the system are estimated at £369,267 per month, according to a memorandum published by House of Commons Clerk John Benger, as part of his role as accounting officer.

MPs have been offered an additional £10,000 each by the Independent Parliamentary Standards Authority (Ipsa) – the body that audits expenses of those in the Commons – to pay for increased costs as they and their staff continue to work from home during the lockdown.

– How will politicians be able to vote?

Work is taking place to allow MPs to vote remotely and officials believe they are close to sorting a system.

Political parties are thought to be working to avoid votes in this period when remote voting is not available.

The Speaker outlined measures before the Easter recess on how votes in person could take place, albeit with more time allocated and with social distancing measures respected.

Officials in the Lords do not expect any votes in the next two weeks, at which point they hope to have made progress in developing their virtual system further.

– Will it all work smoothly?

Teething problems are expected. Rehearsals have taken place but the systems will receive their first real test this week as MPs and peers take part.

The flow of proceedings is likely to be slower as MPs will be queued to speak for different sessions.

If a hybrid approach becomes a long-term requirement, expect further decisions for Parliament to establish its own technology rather than relying on existing video conferencing systems.