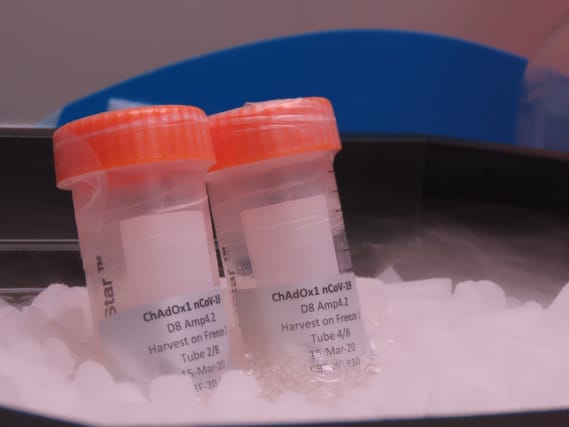 A potential coronavirus vaccine being developed in the UK will begin human trials on Thursday.

Health Secretary Matt Hancock made the announcement, saying he is “throwing everything at” the country’s efforts to create a Covid-19 vaccine.

Mr Hancock said: “In the long run, the best way to defeat coronavirus is through a vaccine.

“After all, this is a new disease, this is uncertain science, but I’m certain we will throw everything we’ve got at developing a vaccine.

“The UK is at the front of the global effort.

“We have put more money than any other country into a global search for a vaccine and, for all the efforts around the world, two of the leading vaccine developments are taking place here at home – at Oxford and Imperial.

“Both of these promising projects are making rapid progress and I’ve told the scientists leading them we will do everything in our power to support.”

The project at Imperial College London will receive £22.5 million to support its clinical trials and Oxford University will be granted £20 million.

Mr Hancock acknowledged the process for finding a vaccine would take “trial and error”, but told UK scientists leading the search he would “back them to the hilt and give them every resource they need” in order to succeed.

“After all, the upside of being the first country in the world to develop a successful vaccine is so huge that I am throwing everything at it,” said Mr Hancock.

Work on the vaccine, developed by clinical teams at the University of Oxford’s Jenner Institute and Oxford Vaccine Group, began in January.

Now a study involving up to 510 healthy volunteers between 18 and 55 is to get under way in Oxford and Southampton, with three further sites likely to be added.

The UK will join only the US – with two studies – and China, in beginning human trials.

Elsewhere researchers at Imperial have developed a candidate which, when injected, will deliver the genetic instructions to muscle cells to make the SARS-CoV-2 spike surface protein.

This should provoke an immune response and create immunity to the virus.

The team, led by Professor Robin Shattock from Imperial’s Department of Infectious Disease, has been testing the candidate in animals since early February.

Clinical trials are expected to begin in June and the team will look to recruit healthy adults to test the vaccine.

Results could be available as soon as September, the researchers say.

The trial is not yet open to recruitment, but will be announced in due course.