Tributes to healthcare staff as death toll continues to rise 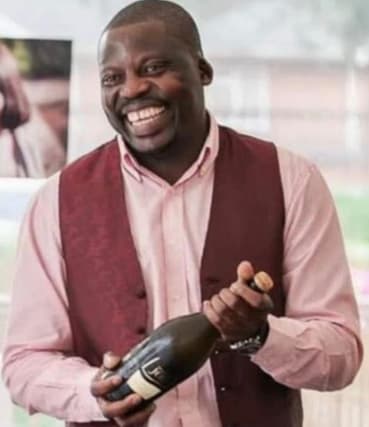 A nurse described by her husband as “my heroine”, and another hailed for his efforts in supporting black, Asian and minority ethnic (BAME) staff are among the latest confirmed coronavirus deaths among healthcare workers.

Tributes have been paid to dedicated workers as the death toll among those on the frontline for the NHS continues to rise amid the pandemic.

While Government minister Simon Clarke confirmed on Tuesday that 49 NHS staff had died, the total is thought to be much higher.

The number of healthcare workers verified by the PA news agency to have died so far has risen to more than 70, and there are more than a dozen further deaths which are yet to be confirmed.

Those who have died include people who worked in a range of roles, from porters and domestic workers, to doctors and nurses.

On the deaths of NHS workers, Mr Clarke told BBC Breakfast: “Their service and their sacrifice will never be forgotten and we will look into every one of those cases to understand what has happened, I can give that total assurance.”

The husband of mother-of-two Josephine Peter, a nurse at Southport and Formby District General Hospital, paid tribute to his wife after her death on Saturday.

Trish Armstrong-Child, chief executive of Southport and Ormskirk Hospital NHS Trust, said: “Josephine’s husband, Thabo, told me she was passionate, hardworking, always putting others before herself. She was ‘my heroine’, he said.

“Our thoughts are with Josephine’s family at this difficult time and we offer them our sincere condolences.”

The South African nurse, who is known as Josephine Matseke (Manini) on a GoFundMe page set up to help with repatriation and funeral costs, was described as someone who would “always go that extra mile”.

James Lock, chief executive of Altrix, the nursing agency she was employed by, said: “Josephine was a diligent nurse who was highly regarded and liked by the team.

“She would always go that extra mile and was a pleasure to work with. My team and I send our very best wishes and deepest condolences to Josephine’s family.”

Mental health nurse Khulisani Nkala, 46, who died on Friday, was praised for his “selfless” attitude, particularly regarding the work he did in support of BAME staff and patients.

Dr Sara Munro, chief executive of Leeds and York Partnership NHS Foundation Trust, said: “Khuli, who was 46 years old, was a well-respected and selfless professional nurse, who always put the patient first, and will be greatly missed by his colleagues.”

Wendy Tangen, workforce race equality network chair at the trust, said he was “a man of integrity, honour, wit and a smile that lit up any dull room”.

She added: “He believed in fairness and I often had conversations with him on improving the care we offered to our service users and supporting the progression of our black and minority ethnic (BAME) staff members (including our bank staff).

“Although he can be described as having a strong resilience, he understood the impact on inequalities for BAME staff and service users and was committed to making a difference to their lives.”

Tributes were also paid to a former GP, described as a “leading light” in his field.

CCG chairman Dr Forbes Watson said: “We are all deeply saddened to have lost a valued and committed colleague and friend.”

A message on the website of Cerne Abbas Surgery, where he had previously worked, said he was “a leading light in both the clinical commissioning group and local medical committee, as well as a devoted husband and father to his two boys”.

The 78-year-old died at Homerton Hospital in London on Sunday, a place where she had spent much of her working life.