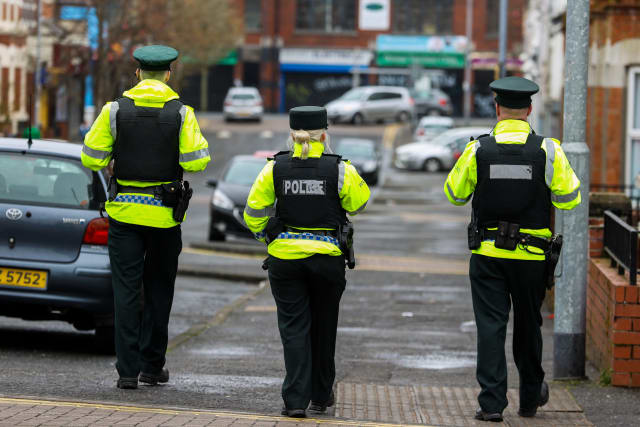 A number of the reports related to people allegedly not following guidance, rather than fully breaching the new regulations.

These were described as including a person jogging within two metres of another person or someone exercising more than once a day.

The reports were received on a dedicated website launched by the Police Service of Northern Ireland on April 10.

It was created to take the pressure off the non-emergency 101 number for reports of alleged breaches of coronavirus regulations.

“Between 10 April and 16 April the service has received 3,787 reports to the web page,” the PSNI told the PA news agency.

“A number of the reports relate to people not following guidance but not necessarily a breach of the regulations for example, where the reporting person believes a person jogging on a path is coming closer than within two metres of another person, or where a person is exercising more than once a day.”

The PSNI said the web page is currently being reviewed to ensure reports include enough detail to act on.

“Some of the reports also lack sufficient detail to take any further action such as inaccurate or non-existent addresses, or general descriptions and some of the reports relate to incidents/activity outside of Northern Ireland,” the PSNI statement continued.

“To address these issues, the reporting page is being reviewed to help inform people prior to submission of the report.”

The PSNI can break up gatherings in breach of social distancing rules and issue fines of up to £960 for those who repeatedly disregard officer requests to disperse.

There were 107 fines issued over three days across the Easter weekend, with officers breaking up barbecues and a small number of large house parties.

Assistant Chief Constable Alan Todd previously said the force’s approach will be engaging, explaining and encouraging the regulations before moving to enforcement.