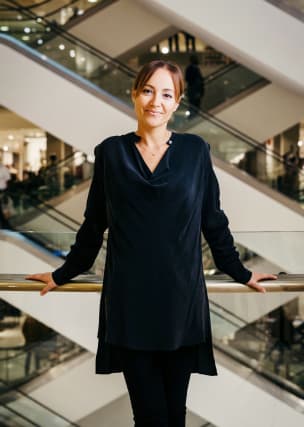 John Lewis has handed an almost £1 million payout to its former managing director, according to new figures from the retail giant.

John Lewis Partnership’s latest annual report document revealed that the business paid out £939,773 to Paula Nickolds, who was ousted from the department store business in January.

Ms Nickolds had worked for the business for 25 years before her departure, after failing to arrest a decline in John Lewis’ trading performance.

The employee-owned company said the payout was in respect of her notice period, contributions to her legal fees and career development support.

The group also confirmed an £892,362 pay packet given to Rob Collins, who had been managing director of the group’s Waitrose supermarket arm until he stepped down in October when the group’s restructuring was announced.

The payouts come after hundreds of redundancies at the business, including 400 job losses linked to the closure of Waitrose stores and the loss of 75 head office roles.

John Lewis has also furloughed 14,000 staff after closing all of its 50 stores in the face of the coronavirus pandemic.

It also comes after the group said it will pay out its lowest staff bonus since 1953 as it revealed a 23% plunge in profits for the year to January 25.

Last month, new chairwoman Dame Sharon White – who took the helm at the firm in February – outlined a plan to return the group to profit growth, including “right sizing” its store estate and slimming down its head office.