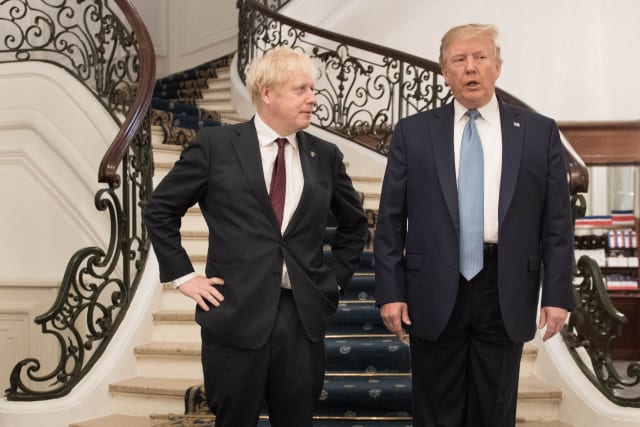 Boris Johnson has told US President Donald Trump he is “feeling better” as he recovers from coronavirus at his Chequers country retreat.

In a sign the PM was making a gradual return to work, Downing Street said they discussed the need for an international response to the pandemic and a post-Brexit trade deal.

The White House said Mr Johnson “shared that he is feeling better and on the road to recovery” during the call.

Mr Johnson is expected to have a telephone audience with the Queen later this week for the first time in three weeks, during which he spent time in intensive care with Covid-19.

The PM thanked the president for his good wishes while he was unwell, and discussed the need for a co-ordinated response to the disease.

Mr Trump has been widely criticised for halting US payments to the World Health Organisation, which he accused of failing to do enough to stop the disease’s spread out of China.

A Downing Street spokeswoman said: “The Prime Minister spoke to President Trump this afternoon, and thanked him for his good wishes while he was unwell.

“The leaders agreed on the importance of a coordinated international response to coronavirus, including through the G7 – which the US currently chairs.

“They also discussed continued UK-US cooperation in the fight against the pandemic.

“The leaders committed to continue working together to strengthen our bilateral relationship, including by signing a free trade agreement as soon as possible.”

A White House spokesman said: “President Trump and Prime Minister Johnson reaffirmed their close cooperation through the G7 and G20 to reopen global economies and ensure medical care and supplies reach all those in need.

With Foreign Secretary Dominic Raab deputising for the PM, the call was an early indication of Mr Johnson resuming some duties.

But Number 10 stressed that he is not “formally” doing Government work.