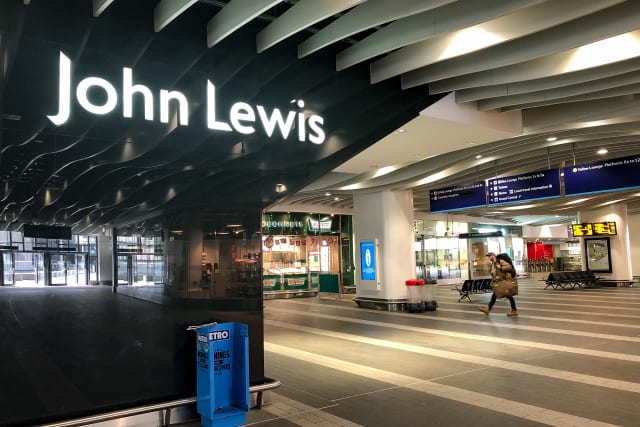 John Lewis sales have plunged after it was forced to shut stores in face of coronavirus despite a surge in online orders.

However, the John Lewis department store chain saw total sales tumble 17% in the weeks since March 15, after it closed all its sites on March 23.

The high street retailer warned that a worst-case scenario would see the chain’s annual sales plunge 35%.

The retailer said demand has particularly spiked in some of its “less profitable lines”, with people “buying more Scrabble but fewer sofas”.

Elsewhere, Waitrose sales increased by 8% in the period since January 26 as supermarkets were buoyed by the crisis.

Sales increased both in store and online as shoppers bought more essentials like rice, pasta and long-life milk.

Demand for home delivery has been “especially strong”, it said, with the company increasing its delivery capacity by 50%, which puts it “in good stead” ahead of the end of its contract with Ocado in September.

The John Lewis Partnership group said it is set to receive £135 million in savings from the business rates holiday and will reduce operating costs, including a cut of almost £100 million to marketing spending.

In a letter to partners, recently appointed chairwoman Sharon White said: “We are confident that the future of the business is strong.

“Our short-term trading has though been significantly affected, principally because of the closure of all 50 John Lewis branches.

“The Partnership has been trading for nearly a century. It has survived a World War and bombings, economic crashes and crises.

“Thanks to you, we shall also come through Covid-19 and emerge stronger.”