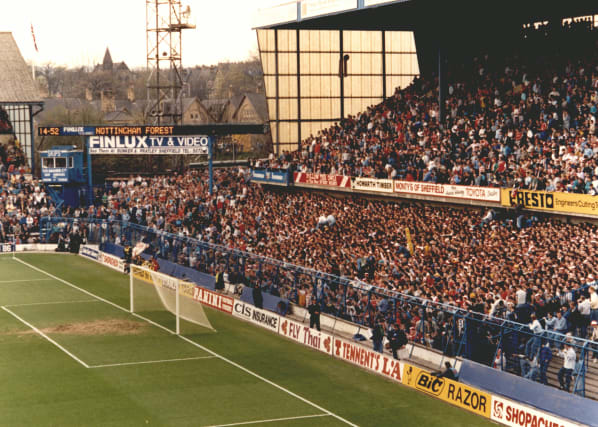 An MP present at Hillsborough in 1989 has insisted a law is needed to ensure those affected by disasters involving the state have equal access to justice.

Labour’s Ian Byrne said that as a 17-year-old he watched people being crushed to death at the FA Cup semi-final match between Liverpool and Nottingham Forest.

He said that legislation is needed in order to create a “level playing field” for those involved in future disasters.

Survivors and the families of the 96 fans who lost their lives as a result of the crush have led a 30-year campaign for justice, after a 1991 jury returned a verdict of accidental death.

New inquests into the disaster in 2016 concluded that the 96 who died were unlawfully killed.

In an interview with the PA news agency, Mr Byrne, elected MP for Liverpool West Derby at last year’s election, recalled events on the day and the aftermath.

“It didn’t feel right,” he said of arriving at the ground, the home of Sheffield Wednesday.

“I got in there early because I was with two friends and my girlfriend at the time, we were only 17 and we were behind the goal.

“We were clearly fortunate because it was getting really bad in there and the girl at the time got a bit upset and said, ‘I’ve got to get out of here’.

“So we forced our way out and we were really lucky, it was just before the crush started, so we pushed our way out and a few friends said, ‘no we’re staying’, because the atmosphere behind the goal was always excellent.

“There were spaces and we were watching people getting crushed to their deaths within a small perimeter, and where we were it was just empty, you could walk around, and that’s something I’ll never, ever forget.”

Mr Byrne said that his father had also been behind the goal with his friends at the match, and was taken to hospital with serious injuries as a result of the crushing.

He said: “It was really difficult, and obviously you’re 17 years of age and then you open up the paper the next couple of days and you get called a murderer, you get called ‘urinating on them fans’, and you know, that wasn’t what we were seeing, we were seeing fans’ heroic actions.

“So that sort of narrative… (that’s) something I’ll never, ever forget and never, ever want to forget to be honest, because that probably gives me the burning sense of injustice.”

Mr Byrne said that the police had pre-determined what happened on the day, before the match, describing the line of questioning he faced at his home in the subsequent investigation.

He said: “Obviously, watching everything unfold and then being part of the police investigations, when at 17 two police came from West Midlands and said, ‘come on, stop f****** around’, that’s what they said.

“‘How much did you have to drink?’, that was the first question, and I just told them, in probably a really Scouse turn of phrase, to go and f*** themselves and get out my house and leave my house.

“There was one question asked, and then I booted them out the house, and that was my first experience of the cover-up then, about what was going on, so obviously they’d already pre-determined their judgments on what actually happened before the game, and I was 17 years of age, so I wouldn’t have been able to drink anyway.”

Mr Byrne, a co-signatory of the Bill, said: “I think what we see from our experiences at Hillsborough, survivors and the families as well, would obviously be the obstruction really from day one about the ability to get the truth.

“That took 27 years, until we got in 2016, when the inquiry was unlawful killing.

“So I think what the Hillsborough law would give you is a level playing field for people moving forward who were involved in any disasters that’s involved the state or state agencies.

“And we never had that. I think you can safely say that at times it was an establishment cover-up and the agencies within the establishments actively worked against uncovering the truth.

“So hopefully the Hillsborough law will enable normal people involved in this to have the same access to justice as them state agencies, and I applaud Maria for putting this through, something that’s hugely important.”