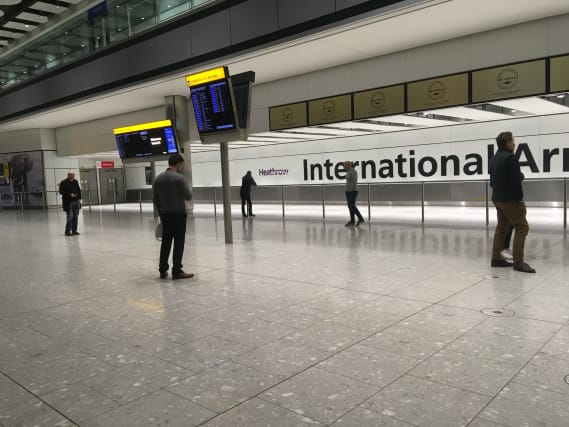 England’s deputy chief medical officer has defended the Government’s decision not to screen passengers arriving at UK airports for coronavirus.

Professor Jonathan Van-Tam said a “basic problem” with port entry checks was they would not pick up cases of people infected overseas but who were yet to display any Covid-19 symptoms.

He said the virus had an incubation period of up to 14 days, meaning that someone with the disease could still “sail” through any screening as they would not necessarily show signs of a fever.

Tourists have previously lambasted the “shocking” lack of testing upon arriving back in the UK during the pandemic.

And earlier in April, Heathrow Airport’s chief executive called for an international common standard on medical screening so people can “travel with confidence” once the crisis recedes.

Asked why the UK has not introduced screening, Prof Van-Tam told the Downing Street daily briefing on Tuesday: “The problem is that people can be infected before they get on the flight and the incubation period for this virus is up to 14 days. And it’s typically five days.

“So I can fly back… on a long flight and I can become infected in that country before I get on the aircraft, and I will sail through Heathrow with absolutely no symptoms at all.

“I’m not being untruthful, there is nothing to declare. I won’t have a fever, I won’t be picked out.

“But when I get to my home in the north of England, at that point I may develop symptoms a few days later, and clearly the port of entry screening hasn’t worked.”

Prof Van-Tam said the proportion of new cases coming in from abroad “would be minuscule” compared to the “force of infection” in the UK at present.

Health Secretary Matt Hancock previously said the UK did not carry out testing at airports as the number of arrivals had “dropped dramatically”.

He told Good Morning Britain last week that about 15,000 people were arriving each day.

Some airport passengers told the PA news agency other countries appeared to be taking Covid-19 much more seriously, with medical questionnaires and health checks at land borders and travel terminals.

He said: “Now is the time to agree a common international standard for healthcare screening in airports so that when this crisis recedes, people can travel with confidence and we can get the British economy moving again.”

Heathrow warned it expects passenger numbers for the whole of April to be down by more than 90% year-on-year.

The collapse in demand saw the airport move to single runway operations on April 6, and two terminals will be closed in the coming weeks.