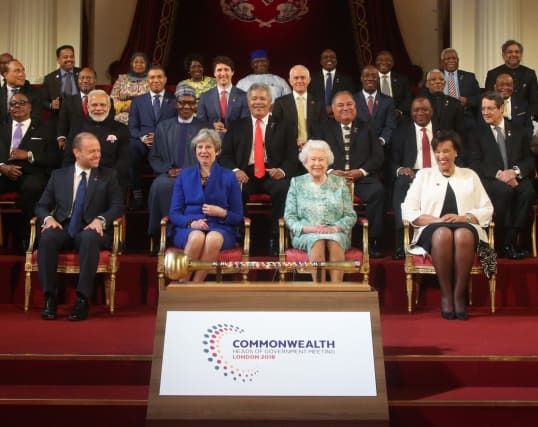 The event, which is held in a different country every two years, would have brought together leaders from the 54 Commonwealth nations.

But the Commonwealth Secretariat announced that the 26th CHOGM would be delayed because of the ongoing coronavirus pandemic.

It will still be held in Kigali, Rwanda, “at a time to be announced in due course”.

Commonwealth Secretary-General Baroness Scotland said: “The Covid-19 pandemic has changed the course of our modern history.

“Lives have been lost, economies are shrinking, and livelihoods have been shattered. It is difficult to predict what the new normal will look like.

“We must be mindful of the risks large meetings pose to all.

She added: “I too warmly look forward to reuniting with the Commonwealth family, face to face, in the beautiful country of Rwanda.”

It is not the first time CHOGM has been rescheduled.

The 25th meeting set for the Pacific island nation of Vanuatu in 2017 was postponed after the country was devastated by Cyclone Pam in 2015.

Preparations for CHOGM 2020 in Kigali at the end of June have been under way for more than 18 months.

The Queen is the symbolic head of the Commonwealth, and more than 2.4 billion citizens make up the voluntary association.

The Queen no longer carries out overseas visits, so the Prince of Wales, whose succession as the future head of the organisation was secured in 2018, was expected to represent her in Kigali.

The meeting is used to discuss topical issues affecting the Commonwealth and the wider world.