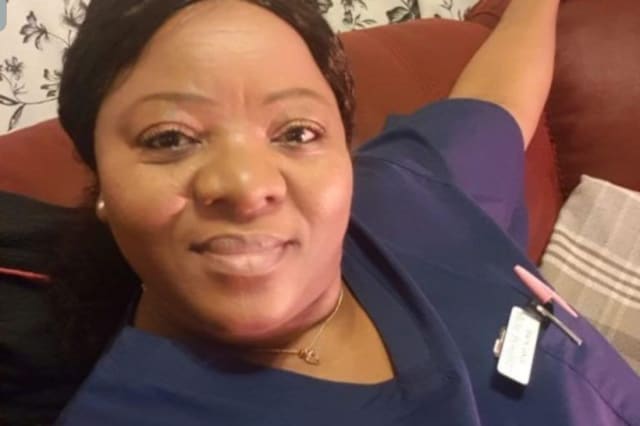 A "bubbly" nurse who came to the UK to bring her "passion for care" to the NHS, has died after contracting coronavirus.

Mother-of-two Josephine Manini Peter, 55, had told friends she longed for her native South Africa and had started to talk about returning home to be with her children and grandchildren after working for 18 years caring for the UK's sick and elderly.

Working as an agency nurse, Mrs Peter, who lived in Hayes, west London, was sent to work at Southport Hospital, Merseyside, when she became ill earlier this month.

Mrs Peter was admitted to Southport Hospital then discharged on April 14 but an ambulance was called after her condition worsened and she was re-admitted. She died on April 18.

Nurse Cynthia Charles, a long-time friend of Mrs Peter, told the PA news agency that her nursing colleague had been raised under the harsh apartheid regime in South Africa in the 80s but had strived to maintain her schooling and gain her nursing degree.

Describing Mrs Peter, she said: "Very kind. Very outgoing, bubbly, you would have her on your guest list if you had a party.

"She was an honest human being. She had a passion for care."

Miss Charles, from Barking, east London, added: "Her kids had gone back to South Africa. She was planning to go back as well, she just had a granddaughter and wanted to go back to support her family really.

"Everybody is devastated. I've not been able to work for two days, I leave the house and turn around at the gate.

"We are just shocked, we are so worried about ourselves, like, 'Should I go to work? I'm going to go home in a coffin.'

"It makes you numb."

We are very sad to announce Josephine Peter, a nurse at Southport and Formby District General Hospital, died here on Saturday after testing positive for Covid-19 https://t.co/Sxu6tOrtrepic.twitter.com/CIyzlVbieC

Trish Armstrong-Child, chief executive of Southport and Ormskirk Hospital NHS Trust, said: "Josephine's husband, Thabo, told me she was passionate, hardworking, always putting others before herself. She was 'my heroine', he said.

"Our thoughts are with Josephine's family at this difficult time and we offer them our sincere condolences."

James Lock, chief executive of Altrix, the nursing agency she was employed by, said: "Josephine was a diligent nurse who was highly regarded and liked by the team.

"She would always go that extra mile and was a pleasure to work with. My team and I send our very best wishes and deepest condolences to Josephine's family."

Mrs Peter is survived by her husband and her daughter Buhle, 21, and son, Bongani, 30, who live in South Africa, along with five sisters and a brother.

She was born and raised in Tsakane, a black people's township in Brakpan Springs, east Johannesburg, where she graduated in 1998 as a nurse and worked in hospitals.

An NHS recruitment drive led to her coming to the UK in 2002.

She worked at the Princess Margaret Hospital in Windsor before moving to London where she worked for Care UK before working in gynaecology and obstetrics in Hillingdon, west London.

In the later years, she decided to work as a locum nurse via an agency, with her last posting at Southport.

Miss Charles has set up an appeal for a "Fallen Shero" on Go Fund Me, on behalf of Josephine's family, asking for donations to cover repatriation and funeral costs "to take her back home" to South Africa.

Donations can be made at https://www.gofundme.com/f/covid19-fallen-shero-nhs-nurse.