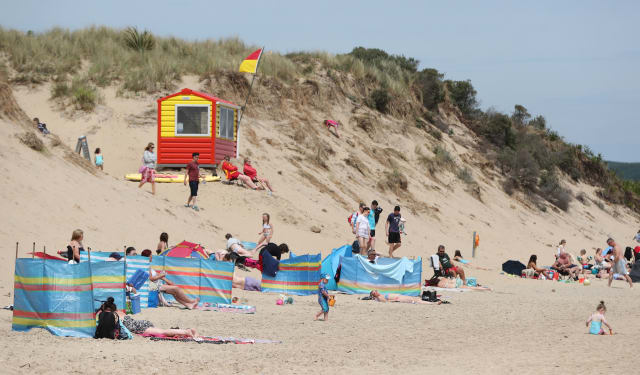 Last year was the hottest on record for Europe as a clear warming trend continues, analysis shows.

The European state of the climate report from the EU’s Copernicus Climate Change Service (C3S), reveals that 11 of the 12 warmest years on record for the continent have occurred since 2000.

The analysis also shows a clear warming trend for Europe stretching back over four decades.

Average temperatures for the past five years are 1.1C above pre-industrial levels globally, but Europe is outstripping that, averaging almost 2C warmer than the levels in the benchmark period of the latter 19th century.

The global Paris Agreement on tackling climate change commits countries to hold temperature rises to “well below” 2C above pre-industrial levels and to pursue efforts to curb warming to 1.5C.

In 2019, there were weather extremes including periods of exceptional heat in February, June and July, leading to record-breaking high temperatures, the report shows.

The UK was among the countries which saw heatwaves in those months, including a new record temperature for the country of 38.7C set in Cambridge in late July.

And one of the wettest Novembers on record brought up to four times the normal amount of rain in Western and Southern Europe.

Commenting on the report, Professor Hannah Cloke, a natural hazards researcher at Reading University, said that even with the variations in weather in recent decades, there was an ongoing trend of warming and record-breaking weather extremes.

And she warned: “In lockdown, sitting on our sofas or our makeshift desks or in many more difficult situations, it would be easy for us to take our eyes off this alarming reality; that 2019 was the warmest year on record for Europe, that November brought us massively more precipitation than normal.

Prof Rowan Sutton, from the National Centre for Atmospheric Science (NCAS) at the University of Reading, said Europe has been warming significantly faster than the global average.

“This is for two reasons: First, land regions in general are warming faster than the oceans, largely because the greater availability of moisture over the oceans damps the rate of warming.

“Secondly, reductions in specific forms of air pollution, ‘anthropogenic aerosols’, have contributed to the recent warming in Europe, particularly in summer.”