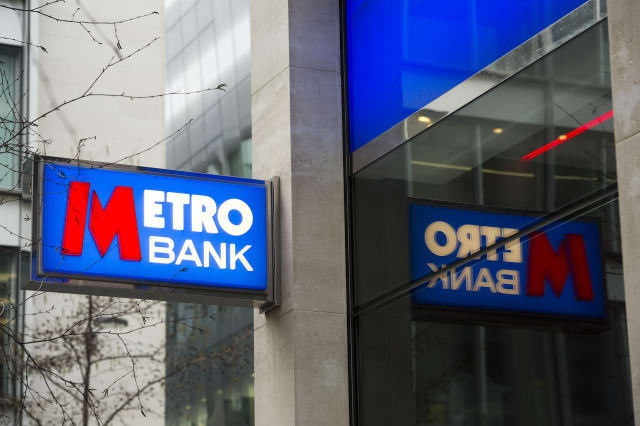 Thousands of bank account holders can expect a windfall as Metro Bank agreed to hand back more than £10 million in overdraft fees.

The Competition and Markets Authority (CMA) found that from February 2018 the bank did not properly warn customers that they could face charges when dipping into their unarranged overdrafts.

In texts that were sent to nearly 130,000 account holders, the bank told them they were becoming overdrawn, in line with the CMA’s rules.

However, the texts did not tell customers their bank would charge them if they stayed in their overdraft.

“The text alerts we ordered banks to send to customers have been crucial in helping people avoid unexpected fees from entering an unarranged overdraft,” said Adam Land, the CMA’s senior director for remedies, business and financial analysis.

Metro Bank will return £10.5 million in fees, and pay customers 8% interest on the charges, bringing the total amount to around £11.4 million.

“While it is disappointing to see so many customers being charged wrongly, Metro Bank’s commitment to refund those affected – and to cover interest charges and consider claims for extra costs suffered – will put this right,” Mr Land said.

David Thomasson, chief commercial officer at Metro Bank, said: “We are very sorry that we didn’t include all the information we should have done on our overdraft text alerts, and that on certain occasions some customers did not receive these alerts before 10am as they should have done.

“This isn’t the level of service that we pride ourselves on providing and we are now contacting any customers who have been impacted to put things right for them as quickly as possible.”

The £11.4 million charge was already reported in Metro’s results for last year.

In February, it revealed that it would face £27 million in remediation costs, which includes the overdraft payments.

Several major banks have been ordered to repay customers after the new CMA rules came into force just over two years ago.

HSBC, Santander and Nationwide have all been tripped up by the rules in recent months, returning millions of pounds to customers.