Shareholders ‘shut out’ of two-thirds of FTSE 100 AGMs 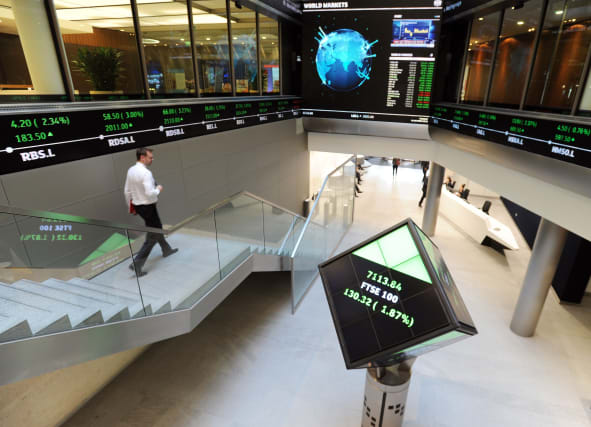 FTSE 100 companies have been urged to hold virtual annual general meetings (AGMs) after firms such as BAE Systems, Next and HSBC announced plans to hold events behind closed doors in response to the pandemic.

Responsible investment group ShareAction said that two-thirds of AGMs announced since the start of the pandemic will be behind closed doors.

Barclays, British American Tobacco and Lloyds are also among the companies to announce they will hold AGMs with two members of the board physically present, without giving shareholders the opportunity to participate virtually, ShareAction said.

Meetings can go ahead with a minimum of two people in attendance, but the group said it has seen a “a trend of shareholders being shut out in the context of Covid-19”.

It called on firms to join the likes of RBS and Taylor Wimpey, which have taken steps to ensure shareholders can have questions directly answered by company boards despite current restrictions.

ShareAction has written to all FTSE 100 chairs to hold a virtual AGM in 2020, allowing for real-time questioning followed by voting to be replicated online.

The letter from ShareAction’s director of corporate engagement, Simon Rawson, said: “This is not a moment to hide away.

“The Covid-19 crisis has seen the value of pension assets and shareholdings fall sharply.

“Management teams are making vitally important decisions that will affect the long-term success of companies, as well as the lives of their workers and customers.”

BAE Systems said it took the decision to hold a closed AGM to “protect the health and wellbeing of everyone involved”.

Peter Parry, policy director at the UK Shareholder Association, said: “Companies that have regular engagement meetings with shareholders, and this includes many highly-regarded businesses, will receive a sympathetic response to whatever decisions they make.

“Companies that have failed to establish trust and give the impression of being evasive with their shareholders will struggle.

“Closed AGM meetings and other actions which limit the flow of information to investors will be viewed with great suspicion.”