Safety steps ‘not being missed out’ during coronavirus vaccine development 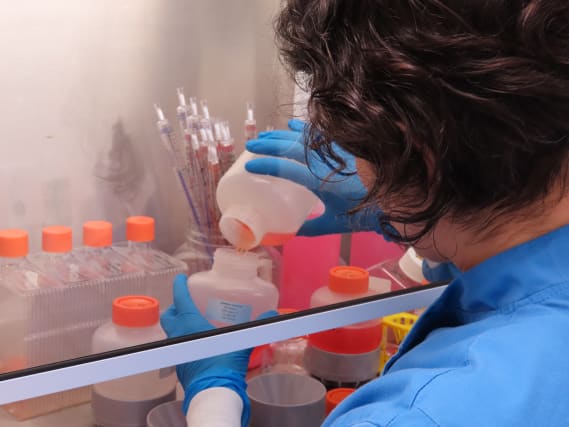 Safety steps are not being missed out during the rapid development of a coronavirus vaccine, the scientist leading the effort has said.

Sarah Gilbert, Professor of Vaccinology at Oxford University, said her team hopes to begin clinical trials of a vaccine for Covid-19 by the end of the week.

She told BBC Breakfast on Monday that her team have gone through stages of vaccine development that usually take five years in just four months.

However, she said none of the normal safety steps have been missed out and that work which is normally done one stage at a time is being done in “parallel”.

“But normally you would do one piece of work, get the results, then apply for funding, then move on to another piece of work – that’s not happening this time.

“We are just doing it very at risk – that’s not at a safety risk, it means we start paying for work before we know that the the first part has been successful.

“That’s why we are able to go faster but it doesn’t mean we have missed any of the steps to ensure the vaccine’s safety.”

Asked if she was confident it will work, Prof Gilbert said: “We have used this vaccine technology before and we have seen it perform very well. We think it is the best thing to use.”

Her comments came after the Government’s chief scientific adviser, Sir Patrick Vallance, warned that vaccines are “long shots” and people should not rely on the swift development of one for Covid-19.

Sir Patrick has been put in charge of a Government taskforce which will support efforts to rapidly develop a vaccine as soon as possible.

As well as providing industry and research institutions with the resources and support, the group will review regulations to allow quick and safe vaccine trials.

Writing in The Guardian, Sir Patrick said: “All new vaccines that come into development are long shots – only some end up being successful, and the whole process requires experimentation.”

But Prof Gilbert said these comments did not pour cold water over her team’s work and that, with about 140 vaccines in development, more than one could be successful.

“We have always said this will not be the only vaccine.

“We think multiple vaccines can be successful, but there now I think about 140 different vaccines in development and not all of them will be successful by any means.”

But Prof Gilbert said it is still not clear whether, once a vaccine is discovered, people will need a single dose or an annual one.

“The first thing is to have a vaccine that works at all, and then to start looking at how long the immunity lasts for,” she said.

“We have been hearing about the antibody tests picking up people who have been infected and then also sometimes describing those as being immune; well, we don’t know how long that immunity lasts for either.

“So there’s still a long way to go. I suspect that in younger adults, say under the age of 55, it won’t need to be an annual vaccination, maybe it will need to be for older people.”