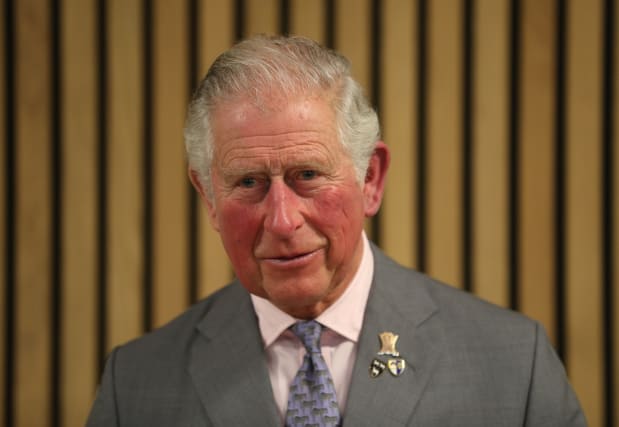 The Prince of Wales has hailed a temporary field hospital at the Principality Stadium in Cardiff a “huge source of pride” at its official opening.

Ysbyty Calon Y Ddraig, the Dragon’s Heart Hospital, is the largest temporary hospital in Wales and the second largest in the UK, providing up to 2,000 additional beds for Covid-19 patients.

Speaking from his Birkhall home in Scotland, Charles said in a pre-recorded video played at the ceremony on Monday: “That this amazing undertaking should have been completed in such a short time is, rightly, a huge source of pride.

“I simply want to add my voice to the tributes that have been paid to all those involved, from so many different walks of life, who have made this possible – the Welsh Government, the National Health Service trust, the planners, builders and technicians, the armed forces and, of course, the medical staff and volunteers who will be taking forward this hospital’s vital work.

“In a facility named, so evocatively and so appropriately, Calon Y Ddraig, what can I say except ‘diolch o galon’, and express the warmest possible thanks for what you have done, and all that you will do in this hospital, and all those other field hospitals, across Wales, where buildings have been transformed as part of the immense effort to combat the dreadful threat we face.”

The prince paid tribute to “individuals and communities” for their courage as well as health and public service workers who had lost their lives on the front line, saying their commitment had “come at a price”.

He said: “It has now been weeks since our lives were changed in so many far-reaching ways by this pernicious virus. We have seen streets become empty and workplaces fall silent.

“But we have also seen individuals and communities meeting these strange new circumstances with the age-old values of generosity and courage that the people of Wales have always understood so well.

“We hope and trust that the measures which have been taken, and the hardship that so many are enduring, will help hasten the day when the shadow of this disease will finally be lifted.

“Such commitment, of course, has come at a price. And as the days have gone by, we have become ever more painfully aware of those in our National Health and public services who have made the ultimate sacrifice in caring for others, giving their lives in the service of their fellow men and women, without thought of reward, and without regard for self.

“Words simply cannot express the gratitude and humility that such compassionate courage inspires in us all, and our hearts go out to all who have lost their loved ones in such a tragic way.”

Charles ended his speech with the words “ay haberth nid a heibio”, Welsh for “their sacrifice shall not be forgotten”, and called on the public to support those on the front line.

The stadium is the largest temporary hospital in Wales and the second largest in the UK, providing up to 2,000 additional beds for Covid-19 patients.

It will double the size of Cardiff and Vale University Health Board’s system, with patients being treated in large tent-like structures and the hospitality boxes.

Around 750 beds are on the pitch, with 250 on platforms around it, and there is on-site radiography, laboratories and a pharmacy.

Len Richards, chief executive of Cardiff and Vale University Health Board, said the stadium “embodies the heart and soul of the nation”.

“We are planning on the basis of what we think we might need to ensure we are as ready as we can be,” he said.

“I sincerely hope we don’t need to use all of the capacity but it is far better to have developed plans based upon the scientific evidence and modelling of the experts.

“This facility will allow us to free up capacity at our other hospital sites so that we can continue to provide services to patients with other health conditions.”

Mr Richards paid tribute to the “commitment and dedication” shown by everyone involved in the project, which has been funded by the Welsh Government.

The official opening was hosted by Welsh rugby star Dr Jamie Roberts, who has been temporarily working in the NHS as a clinical innovation fellow.

Ruth Walker, executive director of nursing at the health board and Victoria Le Grys, programme director for Ysbyty Calon y Ddraig, unveiled a plaque to commemorate the opening.

The temporary hospital has already opened its first 330 beds but has not yet welcomed its first patient.

It will care for patients who are coming to the end of their treatment for Covid-19 and require rehabilitation and support, or end-of-life palliative care.

Facilities include mobile x-ray, CT scanners and care for people in the last weeks or days of their lives.

The adjacent Cardiff Blues stadium will offer a rest area for staff and a reception area for relatives.

Mark Williams, manager of the Principality Stadium, said: “To witness the transformation of the stadium into a field hospital in just a matter of weeks is staggering.

“It reaffirms what is possible when people come together.

“I’m immensely proud of my team for taking on this unprecedented challenge with such professionalism.

“We frequently transform the stadium from sports arena to music venue and back again and have seen some of the world’s biggest bands perform here, from the likes of Coldplay to the Rolling Stones, but nothing has ever been done on this scale and at this speed.”

Over the past few weeks, more than 650 people have been employed to either work at Ysbyty Calon Y Ddraig or backfill posts at the University Hospital of Wales.