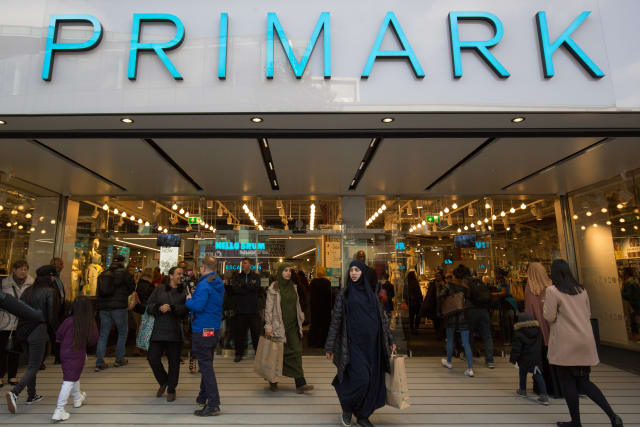 Primark has agreed to pay an additional £370 million to suppliers to cover stock currently in production or yet to be delivered after facing criticism over order cancellations during the coronavirus crisis.

The fashion chain said the deal will cover products which were in production or due for shipment by April 17.

It had previously committed to pay for orders which were in transit or booked for delivery by March 18.

However, the company faced criticism for cancelling millions of pounds worth of orders from international garment factories as a result.

It has said it will help create a fund to support the thousands of garment workers affected.

Its latest move comes after extensive talks with suppliers, which started four weeks ago, to help the company identify ways to mitigate the impact of Covid-19.

Primark said it also hopes to begin placing orders for autumn/winter stock once there is further clarification on when its stores can reopen.

The retailer previously said it will face the loss of £650 million sales for each month that all of its stores remain shut.

He said: “We have been in close and regular contact with our suppliers over the last few weeks to find a way forward, and to pay for as much of the previously ordered product as possible.

“Transparency and clarity have been at the heart of our longstanding relationships with our supply base and we were obviously disappointed that we were not initially able to commit to this stock.

“Our partnerships with our suppliers are invaluable and we want to continue to support them as we navigate our way through this global crisis.”

On Tuesday, investors are set to hear more details about the financial state of the business as owner Associated British Foods (ABF) announces its latest annual figures.