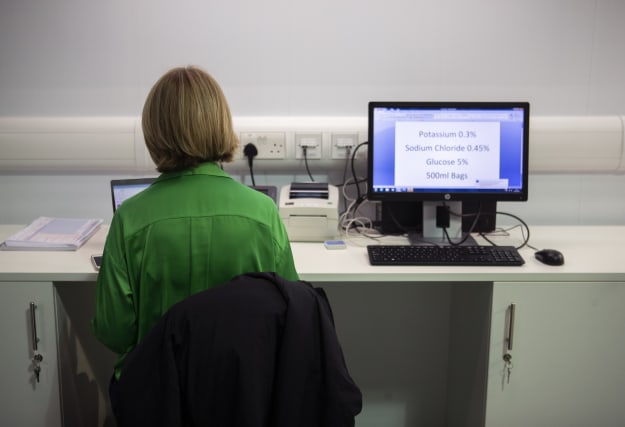 An online application form for businesses in Northern Ireland applying for a £25,000 coronavirus grant was knocked out by a “technical issue” shortly after opening but is now operating normally.

The business grant scheme is open to the retail, hospitality, tourism and leisure sectors.

More than 1,000 businesses in Northern Ireland have applied using the web portal.

It is part of the Stormont Executive’s measures to support firms whose cash flow is jeopardised by the lockdown.

Ken Sharpe, owner of the Salty Dog Hotel and Boat House Restaurant in Bangor, Co Down, said he was left frustrated and distressed by the technical problems, claiming the system crashed six times.

He said the application process took three hours to complete.

“The grant application process was really nerve-wracking simply because the site kept crashing, and what should probably have taken less than an hour to complete took up the whole morning,” he said.

“The lack of information coming from the Northern Ireland Executive is frustrating. I don’t even know when the money will arrive. Having finally managed to make the application, I’d say it will probably arrive after the furlough money.

“I don’t understand why the process locally is so lengthy. I appreciate there is verification required but it is inexcusable for the Northern Ireland Executive to take any longer than Westminster to process these vital funds in order for businesses here to pay staff and suppliers.”

A spokesman for Land and Property Services said steps had been taken to resolve the technical difficulties.

“The £25,000 grant web portal experienced technical difficulties which resulted in it being unavailable for less than an hour this morning,” they said.

“As soon as this happened the necessary steps were taken to quickly resolve the issue.

“The web portal was tested prior to launch and the unavailability was not related to the volume of people trying to access the site. We apologise for any inconvenience caused.

“The downtime this morning will not delay the processing of any payments.”

By 1pm, more than 1,000 businesses had submitted applications through the portal.