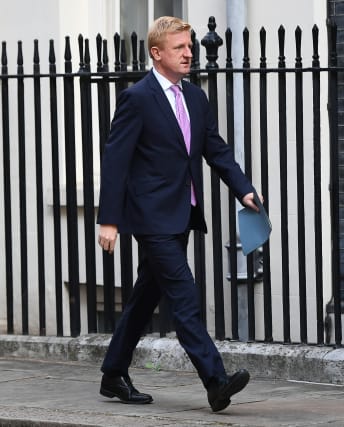 A one-minute silence is being considered for NHS workers who have lost their lives while on the front line of the coronavirus pandemic, the Government has confirmed.

Culture Secretary Oliver Dowden said he regarded proposals for a time of national reflection to be a “very good idea” and that his department was “looking into it”.

It follows calls from the Labour Party and healthcare unions to honour those who have died.

At least 50 health workers are known to have died after contracting Covid-19 while carrying out their jobs.

Labour leader Sir Keir Starmer said key workers were “literally putting their lives on the line in the fight against the coronavirus” and those who had died as a result deserved national recognition in the form of a one-minute silence.

Mr Dowden, asked about the proposal on BBC Breakfast, said: “I think it is a very good idea. We are looking into it.

“Actually, as Culture Secretary, I have responsibility for ceremonials and things like minute-silences, and we are actively looking into that and think it is a good idea.”

Unions have proposed that the tribute take place at 11am on April 28 to coincide with International Workers’ Memorial Day, but Mr Dowden said an announcement would come later regarding specifics.

Asked whether it could be an official Government-led event, he said: “Yes, I think it could be, but we will make an announcement on that at an appropriate time.”

Making the initial suggestion, Unison general secretary Dave Prentis said: “This is the ultimate tribute to remember workers who’ve lost their lives and put themselves in harm’s way to keep us safe and vital services running.

“Every year, the sacrifice of workers around the world is recognised, but this year has a special significance because of the pandemic.”