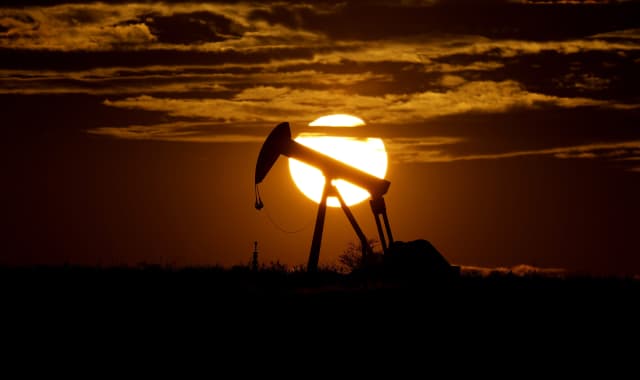 Traders were being paid more than 40 dollars to buy a barrel of oil on Monday, due to a quirk of the market as falling global demand because of coronavirus pushed the price into negative territory for the first time in history.

Anyone who was willing to collect oil on-site in Texas was able to pick up perhaps the deal of the century early on Monday evening.

Oil traders usually play a game of pass the parcel with contracts for barrels of oil. They will buy the right to collect 1,000 barrels at a specific date – but sell it on later, preferably for a higher price – before they have to pick up the oil.

Whoever owns the contract when it expires is obliged to take delivery of the barrel.

With the deadline for May contracts due to expire on Tuesday, desperate traders scrambled to offload their barrels, so they were not left to pick up oil which they do not have the ability to collect.

It meant they were willing to pay a lot of money to anyone willing to take the oil off their hands.

Normally traders have no problem selling their contracts to a refinery, or other business that wants oil, before the deadline.

But international demand has dropped significantly in recent weeks, while Saudi Arabia ramped up production after a falling out with Russia.

Although Saudi Arabia and the rest of oil producing cartel Opec has now committed to slashing production again, these cuts have yet to make an impact on a market flooded by oil.

It has meant that many of the world’s oil storage sites are full and unable to take any more, so final buyers are nearly impossible to find.

“No one wants oil now. But it’s also fair to assume that with demand not able to recover and the US unable to agree on output curbs we will also see the June contract come in sharply to the mid-teens also,” said Neil Wilson, chief market analyst at Markets.com

The news made the normally niche pastime of following oil prices explode as #OilPrice became the top trending topic on Twitter on Monday evening.

Gasbuddy.com and Oilprice.com, websites set up to track the price of oil and fuel, crashed under the strain of traffic flowing to their servers.

However, the collapse is unlikely to lead directly to significant discounts for drivers at the pumps. The price of Brent crude to be delivered in June was only down 10% at 25.63 dollars per barrel.