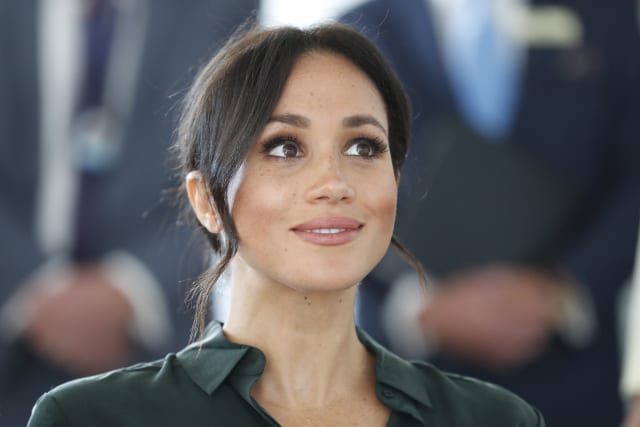 The Duchess of Sussex has told, in her first interview released since stepping down as a senior royal, how she hopes her elephant film project will inspire people to “take care of each other”.

The former Suits actress said: “I hope that when people see this film, they realise how connected we all are, and if we had more of an awareness about the obstacles they are facing, I think we’d take care of each other, animals and this planet in a very different way.

“That’s why it’s really important for me to be able to help tell that story.”

Her interview was screened on the same day the Sussexes declared that they were no longer cooperating with the British tabloid press after watching people’s lives “pulled apart” because “salacious gossip boosts advertising revenue”.

It also came as court documents were released relating to Meghan’s privacy claim against Associated Newspapers.

The legal papers revealed text messages sent between the Duke and Duchess of Sussex and Meghan’s father Thomas Markle in the run up to the royal wedding, which showed the couple warned Mr Markle that contacting the press would “backfire” and offered to help him.

GMA said the duchess recorded the Disney interview last year while working on the film project.

Meghan, who no longer uses her HRH style after quitting as a working royal, described elephants as “a lot more like us than they are different”.

“I’ve been very lucky to be able to have hands-on experience with the elephants in their natural habitat,” she said.

“When you spend time connecting to them and the other wildlife, you really understand we have a role to play in their preservation and their safety.

“We see in this film just how remarkable they are. Their memories are amazing.

“The close connection of the herd, the protectiveness of their young – I think they are a lot more like us than they are different.”