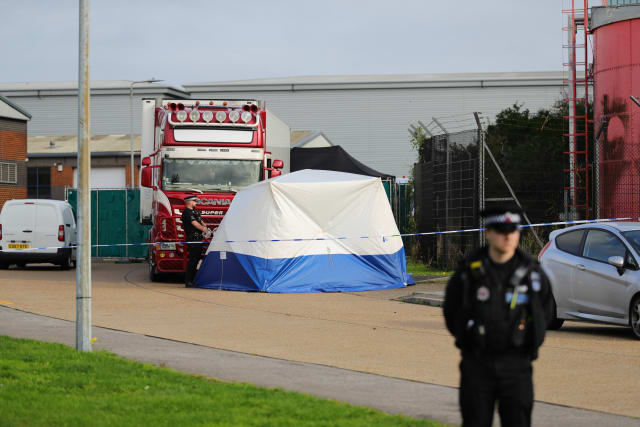 A man has been charged with manslaughter in connection with the deaths of 39 migrants found in a refrigerated lorry container in Essex.

Ronan Hughes, of Co Armagh in Northern Ireland, is due to appear at Dublin's High Court on Tuesday charged with 39 counts of manslaughter, as well as immigration offences, Essex Police said.

The 40-year-old was detained on Monday following the execution of a European arrest warrant in Ireland.

In February, Eamonn Harrison, of Mayobridge, Northern Ireland, was granted permission to appeal against his extradition to the UK under the terms of a European arrest warrant issued by Essex Police.

A further hearing will be held in Dublin on Thursday May 7, Essex Police said.