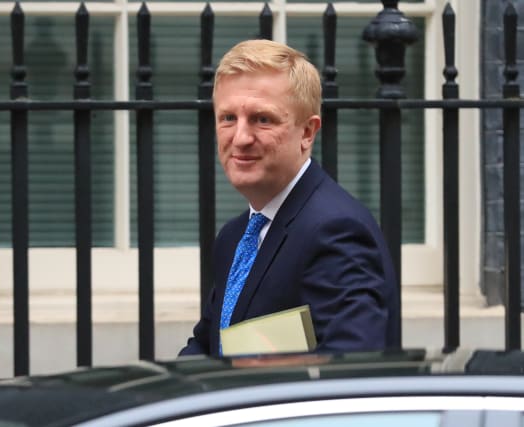 The Prime Minister came in for criticism in a Sunday Times article for having failed to attend any Cobra meetings in January and February related to Covid-19, before deciding to take over chairing the sessions on March 2.

Cabinet minister Mr Dowden said Government preparations would not have been any different if the PM had been directly involved.

It comes after Mr Johnson was said to be reluctant to end the lockdown soon or risk a second peak of infections, according to a Number 10 source.

He is understood to have held a meeting on Friday at Chequers with Foreign Secretary Dominic Raab, who is standing in for Mr Johnson while he recovers from spending three nights in intensive care with coronavirus, as well as his most senior adviser Dominic Cummings and communications director Lee Cain.

Mr Dowden, when asked whether it mattered whether Mr Johnson had attended the first bout of Cobra gatherings, told BBC Radio 4’s Today programme: “Bluntly, no it didn’t because he was engaged personally, as the Prime Minister is, through Downing Street with the outcome of those committee meetings.

“He was constantly being briefed on it.

“It is perfectly normal for the Prime Minister to delegate to the Health Secretary, or whoever the relevant secretary of state is, to chair Cobra. This is a normal, proper course of government.”

During the Monday morning broadcast round, Mr Dowden was also probed on his own role in pushing for sporting events to be allowed to go ahead during early and mid-March, despite Italy having gone into lockdown and facing big numbers of coronavirus-related deaths at the same time.

The former Cabinet Office minister had vouched at the time that the Cheltenham Festival race event, which took place between March 10 and 13 and was attended by 250,000 people, should be able to go ahead.

The UK did not formally go into lockdown until March 23.

Asked by ITV Good Morning Britain presenter Mr Morgan why ministers had “actively encouraged” people to attend major events by opting not to ban them, Mr Dowden said the Government changed its approach when given updated scientific information.

“The risk at mass gatherings was no greater or less than it would have been in pubs or restaurants, and the advice at that point was that we did not need to ban mass gatherings,” Mr Dowden said.

Asked whether the advice was wrong given that more than 16,000 people have died in UK hospitals after contracting coronavirus, the Cabinet minister replied: “As the situation developed, the scientific advice changed and we changed our guidance off the back of it.”

Mr Dowden said ministers would look back at the “things they could have done differently” when the crisis was over.

“But those are issues for another day. Right now, our focus continues to be on dealing with this crisis,” he told BBC Breakfast.

The 41-year-old called reports that pubs could remain closed until Christmas as part of on-going social distancing measures “pure speculation”.

Echoing sentiments said to be shared by the PM, Mr Dowden said it was important to release the lockdown measures at the correct time or possibly face “more draconian measures” during a second Covid-19 peak.

“We’re all desperate to end this lockdown,” he told the BBC.

“But we need to do it in a sensible way, because the worst thing we could possibly do is to prematurely ease the restrictions and then find a second peak, and have to go right back to square one again with potentially even more draconian measures.”

£25m of drugs seized as part of major nationwide operation