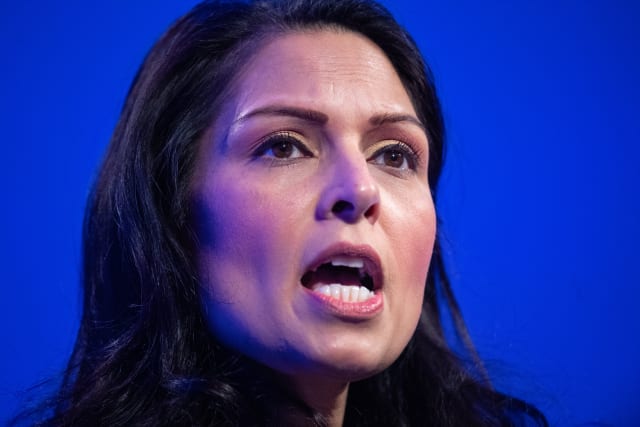 The department's ex-permanent secretary is claiming "constructive dismissal" in the claim submitted to an employment tribunal on Monday morning, civil servants' union the FDA confirmed.

The news of the latest move in his legal case comes as the Cabinet Office is expected to conclude an inquiry into claims that the minister clashed with senior officials and belittled colleagues.

In a statement, FDA general secretary Dave Penman said: "On 29 February 2020, Sir Philip Rutnam resigned as permanent secretary of the Home Office, indicating that he intended to pursue a claim of constructive dismissal.

"This morning, Sir Philip, with the support of his legal team and the FDA, submitted a claim to the employment tribunal for unfair (constructive) dismissal and whistleblowing against the Home Secretary.

"Sir Philip will not be making any further comment at this time."

When Sir Philip quit his post earlier this year, he launched a blistering attack on Ms Patel, claiming he had been the target of a "vicious and orchestrated briefing campaign" which he accused her of orchestrating, and said the decision to resign was with "great regret after a career of 33 years".

In a statement released by his lawyers at that time, he said: "The Home Secretary categorically denied any involvement in this campaign to the Cabinet Office.

"I regret I do not believe her. She has not made the effort I would expect to dissociate herself from the comments."

He went on to claim that despite his efforts at reconciliation, Ms Patel "made no effort to engage with me to discuss this", adding: "I believe these events give me very strong grounds to claim constructive, unfair dismissal and I will be pursuing that claim in the courts."

Reports of feuding at the top of the Home Office prompted the head of the Civil Service, Cabinet Secretary Sir Mark Sedwill, to tell all civil servants a week earlier that advice they provide for ministers and "any debates" around it should remain "private".

It was also claimed in various reports that the Home Secretary was distrusted by intelligence chiefs – which the Government denied.

Ms Patel expressed concern at the "false" claims, while allies described her as a "demanding" boss but not a bully.