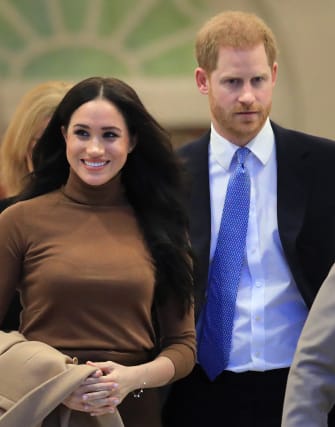 The Duke and Duchess of Sussex have said they will no longer be co-operating with the British tabloid press after watching people’s lives “pulled apart” because “salacious gossip boosts advertising revenue”.

In a strongly worded letter to the editors of The Sun, Daily Mirror, Daily Mail and Daily Express, Harry and Meghan said the new policy was “not about avoiding criticism” and that media had every right to have an opinion on the couple “good or bad”.

But the document went on to say: “What they won’t do is offer themselves up as currency for an economy of clickbait and distortion.”

Their stance was criticised by the Society of Editors, which said the couple’s “actions here amount to censorship”.

The development comes ahead of the first hearing in Meghan’s legal action against Associated Newspapers, publisher of the Mail on Sunday and MailOnline, over an article which reproduced parts of a handwritten letter she sent to her estranged father Thomas Markle.

The couple, who are now based in Los Angeles, said in their letter to the editors they believed a “free press is a cornerstone to any democracy” but an “influential slice of the media” had distanced itself from responsibility for its reports “even when they know it to be distorted, false, or invasive beyond reason”.

The letter went on to say: “There is a real human cost to this way of doing business and it affects every corner of society.

“The Duke and Duchess of Sussex have watched people they know – as well as complete strangers – have their lives completely pulled apart for no good reason, other than the fact that salacious gossip boosts advertising revenue.

“With that said, please note that the Duke and Duchess of Sussex will not be engaging with your outlet. There will be no corroboration and zero engagement. This is also a policy being instated for their communications team, in order to protect that team from the side of the industry that readers never see.

“This policy is not about avoiding criticism. It’s not about shutting down public conversation or censoring accurate reporting. Media have every right to report on and indeed have an opinion on The Duke and Duchess of Sussex, good or bad. But it can’t be based on a lie.”

The letter to the newspaper editors is the latest chapter in a fractious relationship between the couple and sections of the media that began in the early period of their relationship.

Harry lashed out at the “wave of abuse and harassment” his then girlfriend had faced from the media in November 2016, and by autumn last year their dealings descended to new lows.

Meghan’s legal action against Associated Newspapers was announced last October in a highly personal statement in which Harry accused some newspapers of a “ruthless campaign” against his wife.

Referencing his mother Diana, Princess of Wales, who was a tabloid newspaper staple and died in a Paris car crash while being pursued by the paparazzi, Harry said: “Though this action may not be the safe one, it is the right one.”

He added: “I lost my mother and now I watch my wife falling victim to the same powerful forces.”

Ian Murray, executive director of the Society of Editors, which has members from the national and regional press, television and radio, said: “Although the duke and duchess say they support a free press and all it stands for, there is no escaping their actions here amount to censorship and they are setting an unfortunate example.

“Although the couple may no longer style themselves as working royals, they continue to be high-profile public figures and indeed have made plain their intention to continue to do so.

“By appearing to dictate which media they will work with and which they will ignore they, no doubt unintentionally, give succour to the rich and powerful everywhere to use their example as an excuse to attack the media when it suits them.”

Harry and Meghan are now based in Los Angeles with baby son Archie having formally stepped down as working members of the royal family on March 31.

It is understood the duke and duchess did not want to take this step with the newspapers at a time when they want to focus their attention on supporting efforts to alleviate the coronavirus pandemic.

The duke and duchess have been pictured making food deliveries in America after it emerged they spent the Easter break dropping off meals to vulnerable and housebound people in Los Angeles.

But in a podcast interview released at the weekend, Harry claimed the coronavirus outbreak was “better” than the reports from certain sections of the media.

He said: “It’s also proving that I think things are better than we’re led to believe through certain corners of the media.

“It can be very worrying when you’re sitting there and the only information you are getting is from certain news channels, but then if you are out and about or you are on the right platforms, you can really sense this human spirit coming to the forefront.”