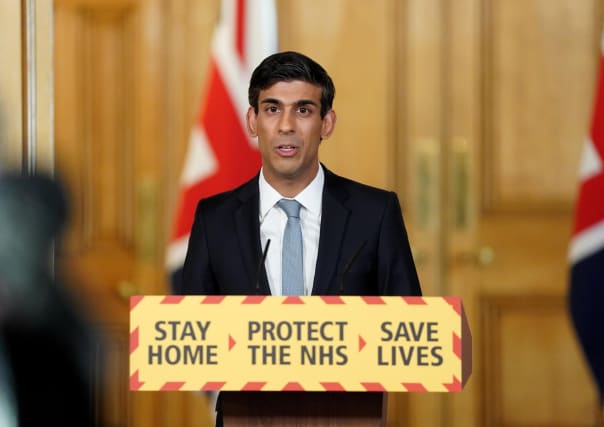 The Government is pursuing “every possible option” to secure personal protective equipment (PPE) for the front line, Chancellor Rishi Sunk has said, as he suggested Covid-19 lockdown restrictions would not be lifted any time soon.

The Ministry of Defence confirmed that the first of three expected RAF transport aircraft had finally left for Turkey on Monday to collect a consignment of 400,000 gowns which had been expected at the weekend.

Mr Sunak said however that 140,000 gowns had arrived from Mynamar as ministers strained “everything” to get supplies.

It comes as hospitals sought other ways of obtaining PPE, with the Mid Yorkshire Hospitals NHS Trust buying 6,000 sets of coveralls due to a very low stock of gowns, though it admitted this was “not ideal”.

Chris Hopson, chief executive of NHS Providers, has said trusts are being forced into “hand-to-mouth” workarounds, including washing single-use gowns and restricting stocks to key areas.

And palliative care doctor Rachel Clarke said NHS workers and those in social care are being told to wear “a skimpy, plastic pinny”.

Asked about exiting the lockdown, Mr Sunak said the UK needed to meet five tests set down last week, which include increasing testing in the community.

“We are not there yet and it is very clear that, for now, what we should focus on is following the guidance, staying home to protect the NHS,” he added.

“Anything else that people might be speculating on is wrong, we are crystal clear on that message.”

Asked whether PPE guidance had been downgraded based on availability of equipment rather than safety standards, Public Health England’s medical director Professor Yvonne Doyle said: “The guidance remains exactly the same.

“What has happened over the weekend is to cover people really and give them some security in exceptional circumstances, advice has been produced jointly with the NHS about how to be safe in circumstances where supplies may be at risk.

“And that is a very precautionary set of advice – it’s quite the opposite to putting people at risk because there aren’t enough supplies.”

Prof Doyle admitted the PPE situation was “concerning” but said 12 million pieces had been delivered to 141 trusts over the weekend.

Pressed on whether she would back staff who decided not to work if they felt PPE was inadequate, Prof Doyle said: “Certainly people have to make their decisions based on whether they are in a risky situation or not.

“It is very difficult to legislate for all of that from a distance here. But the guidance is very clear on what is safe and not safe to do.”

– Professor Sarah Gilbert from the University of Oxford, who is leading a team developing a Covid-19 vaccine, said comments by the Government’s chief scientific adviser, Sir Patrick Vallance, that all vaccines are “long shots” did not pour cold water over her work.

– Sir Richard Branson warned that the survival of airline Virgin Atlantic depends on it receiving a commercial loan from the Government.

– Downing Street said 21,626 people in England, Wales and Scotland were tested for coronavirus in the 24 hours up to 9am on Sunday, but overall capacity dipped from 38,000 to 36,000 due the implementation of new processes in commercial laboratories.

– The Duke of Edinburgh praised those tackling coronavirus and keeping essential services running.

– University Hospitals Birmingham NHS Foundation Trust recorded the highest number of coronavirus-related deaths for any trust in England, at 600.

Mr Sunak told reporters at the press briefing that more than 140,000 firms had accessed the Government’s Coronavirus Job Retention Scheme since it opened at 8am on Monday morning.

“As of four o’clock this afternoon, over 140,000 firms have applied and the grants they will receive will help pay the wages of more than a million people,” he said.

“A million people who if they hadn’t been furloughed would have been at risk of losing their job.”

On the issue of easing lockdown restrictions, Scotland’s First Minister Nicola Sturgeon said on Monday that ministers were “not yet in a position to take those decisions in a properly informed way”.

She stressed there should be “the understanding that some form of social distancing is going to be required perhaps up to the point a vaccine is available”.

It comes as a report from the Organisation for Economic Co-operation and Development (OECD) said testing and contact tracing in the community is the “most promising approach” in the short term to help lift the lockdown.

The study said isolating people with coronavirus and their contacts – an approach abandoned by the UK Government in early March – is the key to controlling further outbreaks of coronavirus.

Meanwhile, former health secretary Jeremy Hunt took to social media on Monday to say contact tracing “needs to be our next national mission”.

Mr Hunt, who is chairman of the Health Select Committee, said: “I hope we will get a move on so the Cabinet has a choice to the current national lockdown when they come to review this decision in three weeks’ time”.

World Health Organisation (WHO) director general Dr Tedros Adhanom Ghebreyesus also said on Monday that governments must ensure they can “detect, test, isolate and care for every case and trace every contact”.