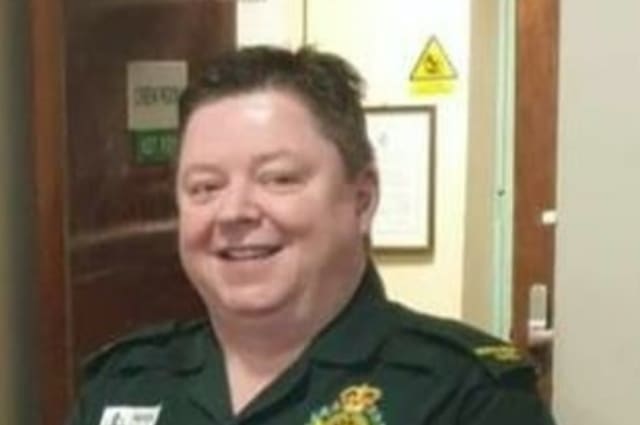 A health worker has become the first paramedic in Wales to die after contracting coronavirus, according to the Welsh Ambulance Service.

Gerallt Davies, 51, who was based at Cwmbwrla Station in Swansea and had worked for the ambulance service for 26 years, died on Monday.

Mr Davies was also national operations officer for St John Cymru Wales, a role which saw him awarded an MBE for his services to first aid provision in 2009.

"Gerallt Davies MBE was a paramedic at Cwmbwrla Station in Swansea and his passing is a devastating blow for us all."

Mr Killens added: "Gerallt's loss will be sorely felt by everyone here at Team WAST, and we extend our heartfelt condolences and deepest sympathies to his family.

"Our focus now is on supporting Gerallt's family and bereaved colleagues at this very difficult time."