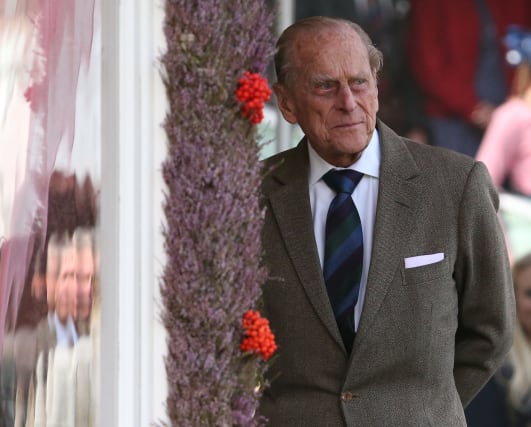 The Duke of Edinburgh has made a rare public statement, praising those tackling the coronavirus pandemic across the UK and keeping essential services running.

Philip, 98, who retired from public duties in 2017, said he wanted to recognise the “vital and urgent” medical and scientific work taking place.

In his message, the duke also gave thanks to key workers including those involved in food production and distribution, refuse collection, and postal and delivery services.

Philip’s statement, published on the royal family’s social media channels, said: “As we approach World Immunisation Week, I wanted to recognise the vital and urgent work being done by so many to tackle the pandemic; by those in the medical and scientific professions, at universities and research institutions, all united in working to protect us from Covid-19.

“On behalf of those of us who remain safe and at home, I also wanted to thank all key workers who ensure the infrastructure of our life continues; the staff and volunteers working in food production and distribution, those keeping postal and delivery services going, and those ensuring the rubbish continues to be collected.”

The message was signed off with “Philip”.

The duke is affiliated to more than 750 organisations, including the scientific, technological research, healthcare and infrastructure sectors which have been responding to the outbreak.

Philip, who turns 99 in June, has been staying with the Queen at Windsor Castle with a reduced household for their safety.

Buckingham Palace highlighted some of the organisations with links to Philip who are responding to the outbreak.

The duke has been an honorary fellow since 1969 of the Chartered Institution of Wastes Management.

The institution is supporting those working in the waste disposal sector, providing up-to-date guidance and matching resources and contractors during the outbreak.

The duke has also been patron of the London School of Hygiene and Tropical Medicine since 1952.

Its experts are involved in research, as well as providing guidance to those responding around the globe.

He is also a longstanding fellow of the Royal Society, which is working to identify the most important factors that can help slow the spread of the virus and find long-term solutions to the pandemic.

The Royal Academy of Engineering, of which Philip is a senior fellow, is supporting the Government to call on engineers to help NHS England continue to deliver frontline services, and develop new medical facilities.

When the Queen left Buckingham Palace for Windsor nearly five weeks ago, Philip also moved to the Berkshire castle from Wood Farm on the Sandringham estate, where he has spent most of his time since retiring.

His grandson the Duke of Cambridge said on Friday that the royal family were doing “everything we can” to protect the duke and the monarch.

William said: “Obviously I think very carefully about my grandparents – who are the age they’re at, we’re doing everything we can to make sure that they’re isolated away and protected from this.

“But it does worry me, what’s going to happen to a lot of the vulnerable, high-risk people who are going potentially to have to isolate away for quite some time.”

The duke, who dedicated decades of his life to public service, retired in August 2017 and has rarely been seen in public since then.

The Queen celebrates her 94th birthday on Tuesday.