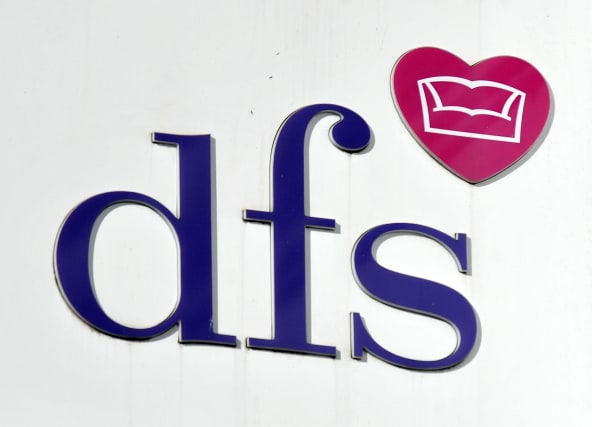 Furniture retailer DFS said it is the “advanced stages” of negotiations over a refinancing deal as it also reported a surge in online orders.

It said it is in talks over an additional £60 million to £70 million debt facility as it looks to bolster its finances in the face of coronavirus.

The company, which shut all its stores last month, said this is intended to supplement an existing £250 million bank facility.

It said it is also preparing for a possible equity fundraiser in order to further strengthen its balance sheet.

It said the raise would be worth almost 20% of the company’s existing share capital and will help to provide “resilience for a continued disrupted trading environment”.

The retailer said it has also “made further progress” in reducing its monthly operating costs following talks with landlords and suppliers, as well as Government support.

DFS said it has continued to sell online in recent weeks and has seen digital sales jump higher as a result.

It reported that online gross sales from dfs.co.uk have increased by 20.2% over the period from March 25 to April 17.

Inbound deliveries of orders from Far East manufacturers are being received despite the virus disruption, it said.

DFS added that it intends to restart sofa deliveries “once it is clear there is a safe and workable approach for two-person installations into customer homes”.