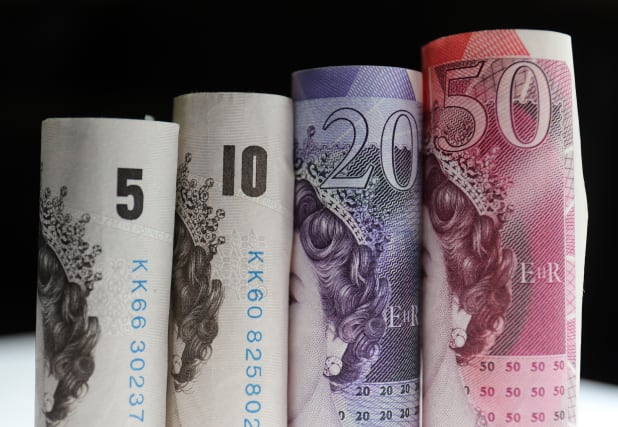 Borrowing could hit £300 billion this year as the Government races to keep the economy alive during the coronavirus crisis, according to a new report.

The Centre for Policy Studies predicts the Treasury will spend £127 billion in direct bailout costs, including the employee furlough scheme which launched on Monday.

It forecast a further £119 billion will be spent in indirect costs such as lower tax revenues, using the Office for Budget Responsibility’s (OBR) scenario of a three-month lockdown followed by three months of looser restrictions.

The OBR scenario forecast a 35% drop in GDP between April and July, but with a steep recovery and return to normal levels of growth by the end of the year.

However, some economists have questioned the chances of a complete reversal by 2021.

Analysts also said they expect to see the deficit hit levels not seen since the Second World War.

Caroline Elsom, senior researcher at the Centre for Policy Studies who is compiling the data, said: “Counting the full cost of the coronavirus outbreak is vital to managing the ongoing crisis and planning future steps.

“As the economic impact becomes clearer, we will continue to track what this means for our public finances to help steer the country through to recovery.”

She explained that with the £55 billion of borrowing already forecast for this financial year, the total deficit would reach £301 billion, or around 15% of GDP.

Robert Colvile, director of the right-leaning think tank, said: “The Government has acted throughout this crisis to save lives and protect livelihoods.

“It is vital to get the most accurate possible picture of the burden the Government is taking on in order to assess the full scale of the rebuilding that lies ahead.”