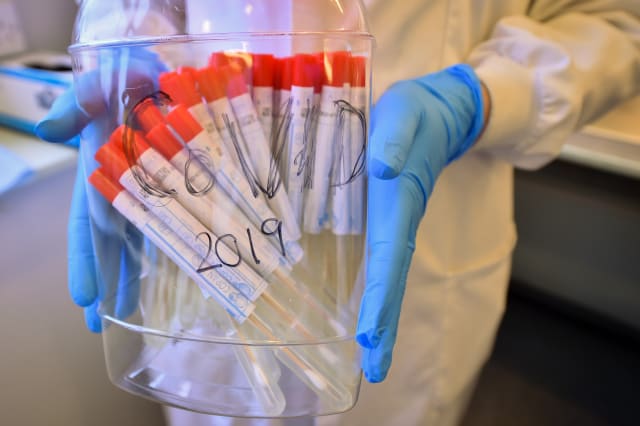 Nearly 1,000 coronavirus testing kits are being flown to the British overseas territory of St Helena, which has so far avoided an outbreak of the disease.

A charter flight from the UK to the remote South Atlantic island is due to arrive on Monday, carrying 960 Covid-19 tests as well as supplies of personal protective equipment (PPE).

St Helena, which has a population of around 4,300, remains in the “prevent” stage of handling the coronavirus crisis.

Social distancing measures for the vulnerable and elderly were issued as a precautionary measure by the St Helenian government at the end of March.

But these were lifted on April 14, as authorities said there was no evidence of the virus on the remote island.

Two residents self-isolated after experiencing a mild cough and headache but have since recovered, according to authorities.

Governor Dr Philip Rushbrook told residents that as the island’s population has “a larger than normal number of older and less healthy people” compared to other overseas territories, the individuals were asked to self-isolate “as an additional precaution”.

“At times like these, it is crucial that we pull together as an island, using our good nature, compassion and resourcefulness for the greater good,” he told residents in a statement.

“It is a time to be wary of wild speculation and to challenge attitudes that undermine what we all trying to achieve together.

“We are all learning together, dealing with new challenges as they arise, so I am asking for your understanding as we all try to deal with the situation as best as we can and with the limited resources we have at our disposal.”

Three suspected cases on the nearby Ascension Island, part of the UK overseas territory of St Helena, Ascension Island and Tristan da Cunha, tested negative for the virus last month.

Alongside the testing kits and PPE, the charter flight is also due to deliver laboratory analysis equipment and medical personnel, according to the St Helenian government.

Authorities on the island said that residents who have been stranded in the UK due to the pandemic will also return on the flight.

Passengers arriving on the flight will have their temperature screened at the airport’s arrivals gate and will be quarantined on the island for 14 days.