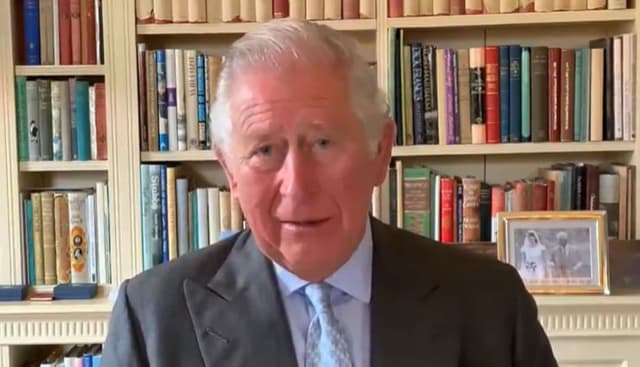 The Prince of Wales has paid tribute to survivors of the Holocaust, describing the men, women and children who rebuilt their lives in the UK as “living heroes”.

Charles also expressed sympathy for those in coronavirus lockdown unable to publicly mark Yom Hashoah, an annual day for the Jewish community to reflect on the six million Jews murdered by the Nazis.

This year it coincides with the 75th anniversary of the liberation of Bergen-Belsen concentration camp by the British Army.

The prince’s words of support came in a video message played during a virtual commemoration organised after major plans for a stadium event for 10,000 guests to mark this anniversary year were cancelled alongside remembrance trips to Germany and Poland and local synagogue ceremonies.

The heir to the throne said in his message: “Despite the unimaginable horrors that they endured and the losses they suffered, the survivors and refugees who found a welcome in Britain somehow managed to piece their lives back together to become the leaders and builders of your community, active citizens and dedicated contributors to wider British society.

“They have been, and continue to be, shining examples to the world of how it is possible to triumph over adversity.”

Charles, who is patron of Holocaust Memorial Day and World Jewish Relief, added: “Whilst they may consider themselves the lucky ones when so many did not survive, to us they are simply nothing short of ‘living heroes’, who were determined not just to survive – ‎but to thrive – as they built new lives, new homes and new families here in the United Kingdom.”

There was also a performance by a virtual children’s choir and readings by Countdown presenter Rachel Riley, celebrity TV judge Robert Rinder and Game of Thrones actress Laura Pradelska.

Bergen-Belsen in northern Germany was the first Nazi death camp to be liberated by British troops and its horrors were on such a scale the BBC initially refused to broadcast the full report by journalist Richard Dimbleby for fear of distressing listeners.

Describing one prisoner, he said: “She was a living skeleton, impossible to gauge her age for she had practically no hair left, and her face was only a yellow parchment sheet with two holes in it for eyes.”

Footage of the piles of emaciated bodies left outside the camp’s wooden huts soon followed Dimbleby’s report in 1945, revealing to the British public for the first time the reality of the Nazis’ “final solution”.

It is estimated 50,000 people died at the camp under Nazi rule, and a further 14,000 of the 60,000 living prisoners found by the British were so frail they perished in the weeks after liberation.

Diarist Anne Frank and her sister Margot are among the camp’s victims and were believed to have died between February and March 1945 from typhus.