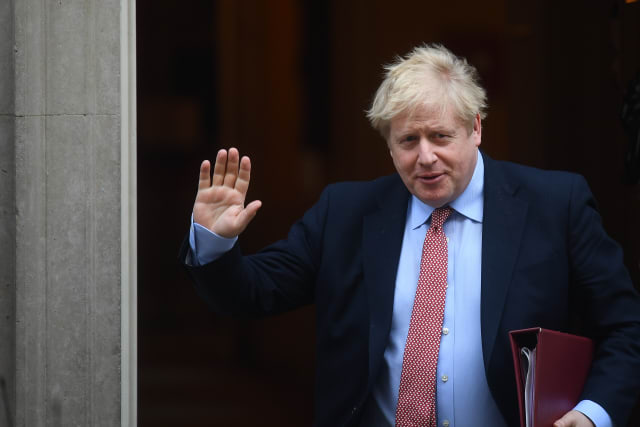 Boris Johnson is receiving daily updates on the Government’s response to the coronavirus crisis but is not working, Downing Street said.

The Prime Minister remains at his country retreat Chequers in Buckinghamshire, where he has been convalescing since being released from hospital a week ago after falling ill with Covid-19.

Dominic Raab is continuing to deputise for Mr Johnson, and is expected to stand in for him at Prime Minister’s Questions on Wednesday – though it is not yet clear whether this will be via video link or in person.

The PM’s spokesman told a Westminster briefing on Monday: “The Prime Minister is continuing his recovery at Chequers. He isn’t doing Government work.

“He has been receiving updates on the coronavirus response, and he has spoken with the First Secretary of State, as well as senior members of his Number 10 team.”

The spokesman refused to be drawn on when Mr Johnson would return to work, but said he would be “guided by the advice of his medical team”.

The PM is understood to have held a meeting on Friday at Chequers with Foreign Secretary Mr Raab as well as his most senior adviser Dominic Cummings and communications director Lee Cain.