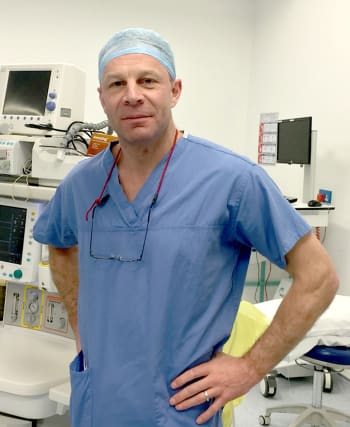 A leading London surgeon and country singer has penned a touching ballad in memory of NHS and other key workers who have lost their lives fighting the coronavirus pandemic.

Consultant surgeon at Barts Health NHS Trust Charlie Knowles said he hopes the song will help listeners “recognise the risk key workers are taking on behalf of the nation”.

Mr Knowles, 52, said the ballad is “close to home” for him as he has lost a friend in Italy to coronavirus and is worried about two colleagues fighting for their lives in an ICU in the UK.

His music video shows the faces and names of healthcare workers who have given their lives to help fight the Covid-19 crisis, while his lyrics are an ode to their service.

Mr Knowles, who is also a surgery professor at Queen Mary University in London, said: “First and foremost, I want listeners to recognise the risk that healthcare workers and other key workers are taking on behalf of the nation, as an increasing number are giving their lives in this task.”

Mr Knowles, who is from Leeds but has lived in London for 30 years, added: “This is close to home for me. People are dying, and it’s a reality that I don’t think even we as doctors are used to.

“We face death – when I go and see people who have been stabbed and things like that – but you’re not the person at risk normally.

“And now we are at risk and that’s a different feeling to what we’ve had before.

“It’s genuinely a feeling of fear, and in particular Asian colleagues and friends who have background medical conditions are seeing people in numbers who look and have similar health status to them dying.”

He added the ballad aims to raise money for families of people who have died or been incapacitated by coronavirus, and over £3,500 was donated in the first 24 hours of its release.

Mr Knowles has previously recorded an EP in Los Angeles with Grammy award nominated and multi-Juno award winning producer Brandon Friesen, and is recording an album with Nick Tauber, a UK producer best known for his work with Thin Lizzy, Toyah and Marillion in the 1970s and 1980s.