More than 6.5 million jobs to be lost in UK lockdown, study predicts 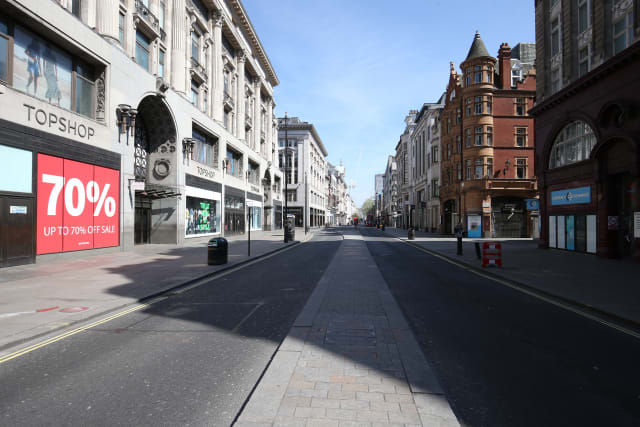 Britain’s coronavirus lockdown will take more than 6.5 million jobs out of the economy, according to estimates contained in a new study.

Research by the Institute for Social and Economic Research at the University of Essex says this equates to around a quarter of the UK’s total jobs, with more than half the positions in certain sectors to be lost.

Accommodation and food services are predicted to suffer the worst rate of cuts, with 75.1% of jobs lost, or around 1.3 million positions.

Ranked second was “other services” at 50.2%, ahead of “wholesale, retail and repair of motor vehicles” at 47.6% – or roughly two million jobs.

The study shows the knock-on effects of certain industries on other sectors, with the agriculture, forestry and fishing sector tipped to lose one job in 10 due to reduced demand from the accommodation and food sector.

Among sectors losing jobs, those faring best in the study were public administration/defence/social security (1.5%), real estate (1.6%), and mining, energy and water supply (2.7%).

Certain sectors showed an increase in their workforces, chiefly health and social work, with a 27.1% rise, and “professional, scientific and technical activities” (up 3.4%).

The institute’s modelling reflects the capacity of some people to work from home, which leaves some sectors less affected than others.

While the study predicts job losses will be mostly temporary, Professor Matteo Richiardi, an expert on modelling labour markets who led the research, warned the risk of jobs being permanently lost depends on the duration of the lockdown.

“If this is short, say a few months, the links between employers and employees of affected industries might not be severed, and individual careers might not suffer too much,” he told The Observer newspaper.

“Under a longer lockdown, losses of human capital and scarring effects will occur. The economy will still bounce back, but at a higher cost for individuals.”

Prof Richiardi said the analysis confirmed a continued lockdown was economically unsustainable, which is likely to add to pressure on the Government to ease restrictions and revitalise the economy.

“This is why we need to make the most out of the extra time the lockdown is buying us, and increase our capacity to trace and isolate new cases, especially asymptomatic cases, so that the economy can be restarted before a vaccine is ready,” he told the paper.

Prof Richiardi called for the lockdown to be phased out across sectors and regions, and reinstated if needed, rather than be switched on and off altogether.

He also told the paper countries that had initially prioritised their economy over fighting the virus, like the US, were “not performing very well in the crisis”, whereas others that took strong early action, such as Taiwan, were suffering reduced economic effects.