In Pictures: Sunrise over Bass Rock 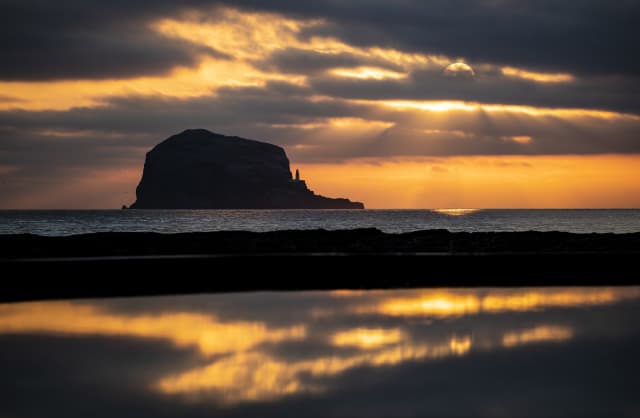 Bass Rock in the Firth of Forth near North Berwick is a large outcrop of volcanic rock rising out of the sea that is home to a large colony of gannets.

Meanwhile, further south on the east coast, a man and his dog got their daily exercise at Whitley Bay beach just as the sun was coming up.

They were joined by people adding to a series of pebble sculpture stacks that have been transforming the beach.