Emergency appeal to help millions of unpaid carers during pandemic 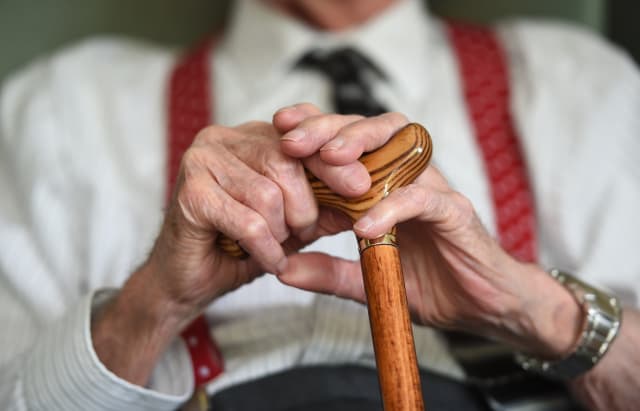 An emergency appeal has been launched to help millions of unpaid carers who are supporting family and friends during the Covid-19 crisis.

Carers Trust says there are around seven million unpaid carers in the UK, with hundreds of thousands suffering from isolation and health issues as they work around the clock.

The charity’s emergency fund will provide grants of any amount up to £300 directly to carers who are struggling.

Its chief executive urged people to donate, saying the money would help those who form “the backbone of our society”.

One of the charity’s networks has seen queries double as concerned carers try to negotiate life during lockdown.

Carers Trust listed some examples of problems unpaid carers have experience in the past few weeks.

A woman whose 98-year-old father was discharged from hospital after contracting coronavirus is struggling to find money for petrol.

With her only income being Carers Allowance of £67.25 per week, she cannot afford to make the 18-mile round-trip three times a day to care for him.

Another carer who looks after three children with disabilities found she had no money to buy a cooker after ordering one from Bright House just before they went into administration.

Carers Trust’s chief executive Gareth Howells said: “Unpaid carers are the backbone of our society, providing huge levels of care to family members that are some of the most vulnerable people in our society.

“But all too often the commitment and sacrifices they make go unnoticed.

“At Carers Trust we are constantly hearing about the daily struggles of unpaid carers and how their lives have now been thrown into turmoil as a result of coronavirus.

“Others are spending considerable amounts of money caring for their family members because it’s not safe for the social care workforce to do so.”

He continued: “That’s why we are launching the carers emergency fund.

“It will increase the number of grants we are able to make and ensure this happens as quickly as possible to ease the pressures on unpaid carers.

“This fund also shows Carers Trust’s determination to stand by these heroes, keeping them afloat so they can continue to care for their loved ones.

“I’d urge anyone able to do so to visit the Carers Trust website to donate and show their support for unpaid carers who really are the backbone of our social care system.”

Donations can be made via the Carers Trust website, carers.org.