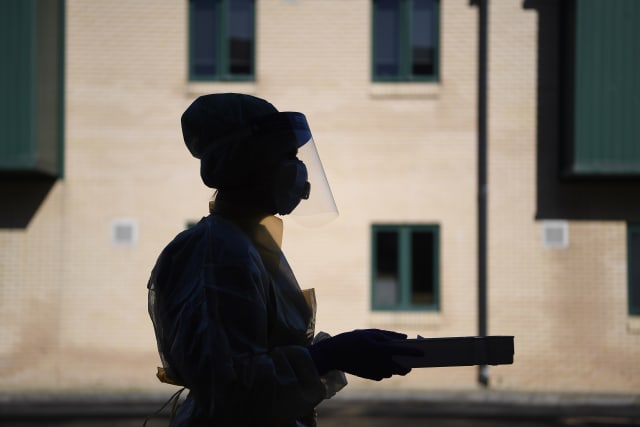 The Nato general leading the group’s response to the coronavirus in Europe has conceded all key figures were caught “off-guard” by the outbreak.

Defending Nato’s work in reaction to the virus, including co-ordinating the distribution of personal protective equipment (PPE) through various European countries, Lieutenant-General Olivier Rittiman said “no-one” fully understood the depth of the crisis that lay ahead in the early days of the outbreak.

“I think that everybody was taken a little bit off-guard by this crisis,” Lt Gen Rittiman, the commander of Nato’s Europe Covid-19 Task Force, told Sky News’ Sophy Ridge on Sunday.

“No-one was really completely understanding the full expanse of the health crisis we are facing.”

Lt Gen Rittiman said it was not fair of former defence minister Tobias Ellwood to have said last week that Nato needed to “wake up” to the Covid-19 threat.

The general said the organisation had so far deployed 4,000 medics and 250 field hospitals – amounting to some 25,000 beds – across various nations.

“We are providing this co-ordination mechanism with the rapid air mobility, over 100 flights have been conducted to ship the equipment. So saying that Nato is slow to wake up or is not doing anything is not fair because we are doing quite a lot,” he said.

Lt Gen Rittiman conceded there is a global shortage of PPE, but said Nato is appropriately managing the delivery of equipment to different nations, after which domestic distribution is “a national decision”.

The general gave a guarded response to reports the United States had hijacked PPE in China that was meant to be shipped to Europe, saying nations had had to take “all appropriate measures to make the best choices” in the early days of the outbreak.

He added that when choices were made, “you are always able to be criticised afterwards”.

Earlier this month German media reported on allegations from the interior minister for Berlin state, Andreas Geisel, that 200,000 N95 masks destined for Europe were instead diverted to the US as they were being transferred between planes in Thailand.