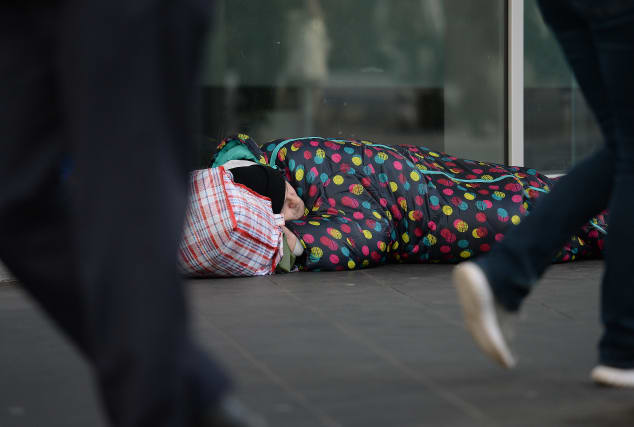 The Local Government Secretary has warned there is still more work to be done to help rough sleepers, claiming 90% of them have been offered accommodation during the coronavirus crisis.

Robert Jenrick said he is “very proud” of the efforts of councils to help vulnerable people in their own areas.

“And our plan to protect rough sleepers has resulted in over 90% being offered safe accommodation,” he said.

Mr Jenrick added: “Of course, this is not the end of rough sleeping. There is still a great deal of work to be done. And my department and I will be at the heart of that.”

The latest snapshot rough sleeper count found an estimated 4,266 people sleeping on the streets in England on a single night in autumn 2019.

Local authorities in England were urged to find accommodation for all rough sleepers by March 29, which prompted some councils to block-book empty rooms in hotels.

Figures show more than 1,000 rough sleepers are currently self-isolating in hotels and other safe locations across London.

The Ministry of Housing, Communities and Local Government (MHCLG) has not revealed how many people have been helped so far.

An MHCLG spokesman said: “Over 90% of rough sleepers known to local authorities at the beginning of this crisis have now been made offers of safe accommodation – ensuring some of the most vulnerable in society are protected from the pandemic.”

The spokesman said preliminary data has been collected by local authorities “to track and monitor their rough sleeping cohort carefully during the coronavirus outbreak”.

It comes after a number of charities warned thousands of people could still be sleeping on the streets.

Streets Kitchen, StreetVet, The Outside Project, Simon Community and the Museum of Homelessness believe as many as 20% of homeless people could still be sleeping rough.

It is also believed one in 10 rough sleepers will be or have been refused accommodation because they have pets.

John Glackin of Streets Kitchen said: “We understand around 20% of homeless people in England have yet to be housed – which equates to tens of thousands of people.

“However, we suspect the real figure is much higher from the amount of people we’re still feeding out on the streets.”