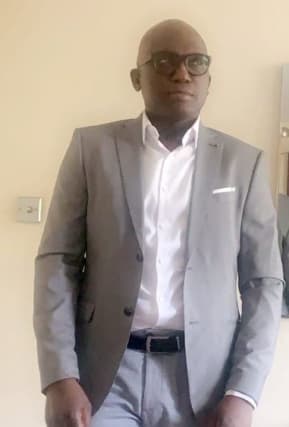 Tributes have been paid to a detective and a member of police staff who have died after contracting Covid-19.

Mr Coker had worked for the BTP for more than 10 years, during which time he became detective constable at Euston’s criminal investigation department (CID).

Paying tribute to Mr Coker, BTP Chief Constable Paul Crowther said: “My thoughts are with John’s family, for whom the last three weeks have been incredibly difficult and who will be struggling to deal with this most distressing outcome.

“Local colleagues have been in constant contact with John’s wife and will pass on the heartfelt condolences of us all.

“BTP will continue that support over the coming days, weeks and months.

“Understandably this is a very difficult time for John’s wife and family and they have asked for privacy.

“My thoughts are also with the many officers and staff who worked alongside John, as we each come to terms with this truly awful news.

“John has been part of the BTP family for over a decade and became a Detective Constable within the CID department at Euston where he was much loved and respected by all those he worked with.

“His colleagues remember a man who was charismatic, kind and thoughtful and took everything in his stride. He will be greatly missed by all in the force.”

Mr Coker is survived by his wife and their three children.

Tributes have also been paid to Ms Pryce, who worked for GMP for more than 30 years.

Her sister Amira Asantewa said: “Marcia was a powerhouse, a positive influence in my life and the lives of the many people she knew and loved.

“She didn’t have children of her own, but she had more godchildren than we can count and they meant so much to her. Many are now adults but still refer to her lovingly as ‘Aunty Marce’.

“She taught us how to be independent and pursue your goals, even if no-one believed in you or them, how to enjoy life and connect with people from all walks of life.

“She was someone you could count on, turn to knowing that she would support and help. It could be a simple conversation, some advice, a beautifully baked cake or a fun evening out. She was passionate and full of life, you wanted to be on her team, you wanted her in your corner.

“Particularly in her long career with GMP, she touched the lives of so many friends and colleagues over the years and made relationships that lasted a life time. She will always be remembered for her strong work ethic and powerful personality.

“No-one expected this loss, this emptiness, but Marcia would want us to go on, to keep each other close and have a cheeky drink to celebrate a life cut short, but a life full of love and joy, when we can once again meet each other.”